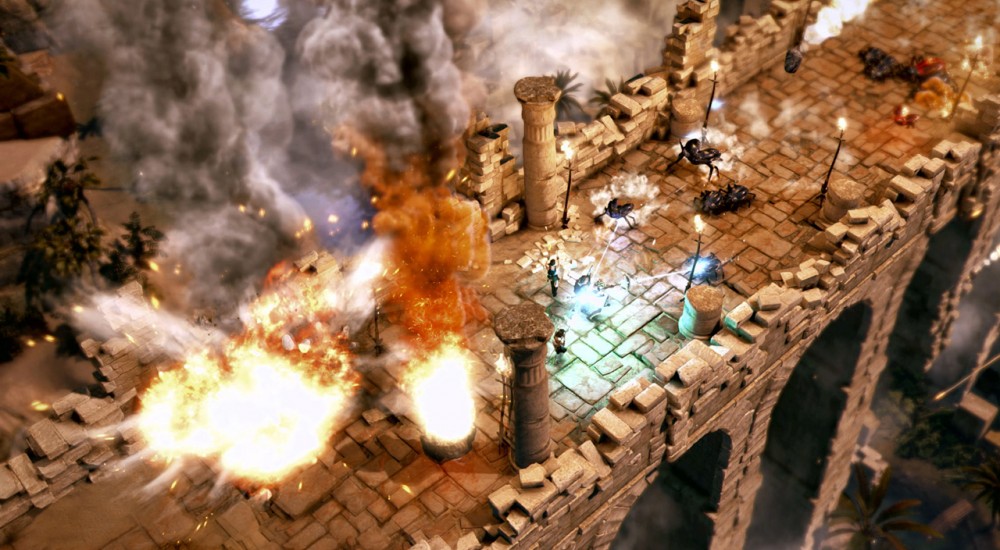 Square Enix has dropped some details on Lara Croft and the Temple of Osiris Gold Edition. The Gold Edition comes with in-game content and several physical items for devoted tomb raiders. Those who purchase the Gold Edition will receive quite a few physical goodies, including an artbook which includes never-before-seen concept art from the dev team, a map of the game's world, and a 3-inch Mini Lara Figurine. The Gold Edition also includes the game's season pass, unlocking all future DLC for the title. The two content packs will include six costumes, new weapons and inventory items, and new tombs to raid.

Depending on where you pre-order, you can expect to get some exclusive costume skins from various Square Enix titles, as well as a ring with an added perk.