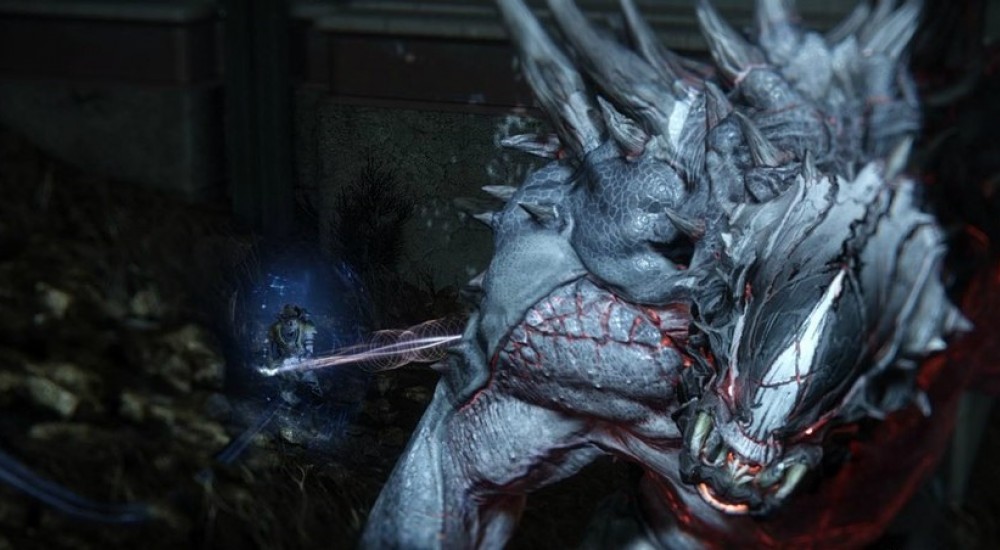 Every year after E3, a group of Game Critics from various sites around the net form a ritualistic cabal known only as the Game Critics Awards. Their purpose: to dole out various honors to the playable games featured at E3, anywhere from "Best Role Playing Game" to "Special Commendation for Innovation." The highest possible achievement is, of course, the "Best In Show" award. This year, this prestigious title went to the hotly anticipated co-op monster hunting adventure: Evolve.

From the studio that brought us Left 4 Dead, Evolve pits four hunters against a single, colossal monstrosity who grows in power throughout the match. Our own Nick Puleo had a blast with it on the show floor.

You can also check out our chat with the Developers.

You can check out the rest of the GCA honors on their web site.

It's always exciting to see a co-op game topping the charts on the GCA's list of their favorite experiences. We'll know what all the buzz is about on October 21st, when Evolve launches globally.