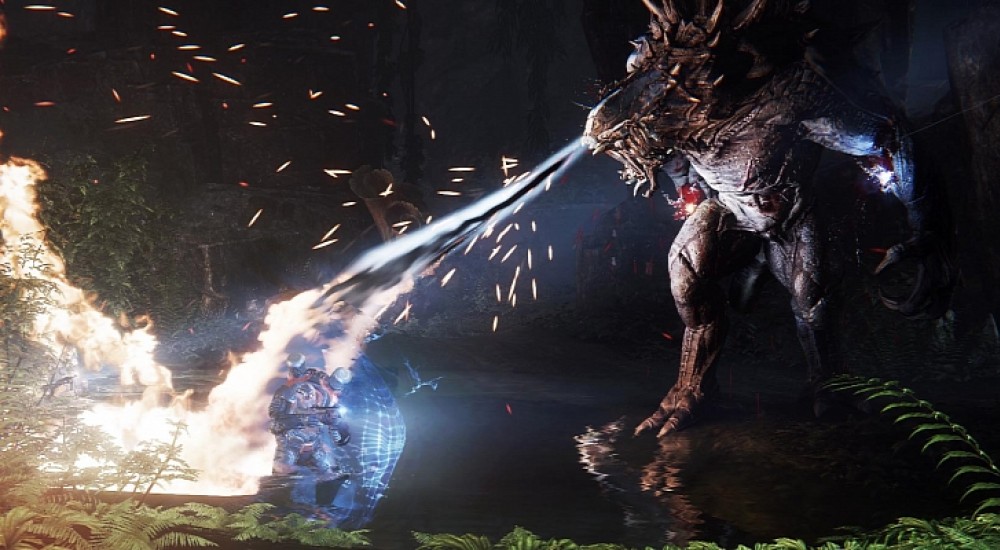 As Co-Optimus' hands on session will attest, Evolve is looking like one of the most exciting co-op prospects this year.  The game has 4 player co-op that allows players to choose different classes, but also choose different unique characters within these classes.  Meet four of these hunters in the new Development Diary from Turtle Rock.

The four hunters shown in the below trailer are Hyde, Lazarus, Maggie, and Bucket.  They represent two of the possible classes you can play in Evolve, but here is the innovation.  Whilst the likes of Hyde and Bucket may on the surface be the same class, they play very differently.  Watch the new trailer to hear the developers at Turtle Beach discuss why not only is each class different, but each character:

For those Co-Optimus readers who made it to the end of the trailer, they would have seen some footage taken from a level called The Dam; highlighting the fact that not only are you fighting one large enemy, but the environment itself.

Evolve is coming to PC, PS4 and One on 21st October this year.