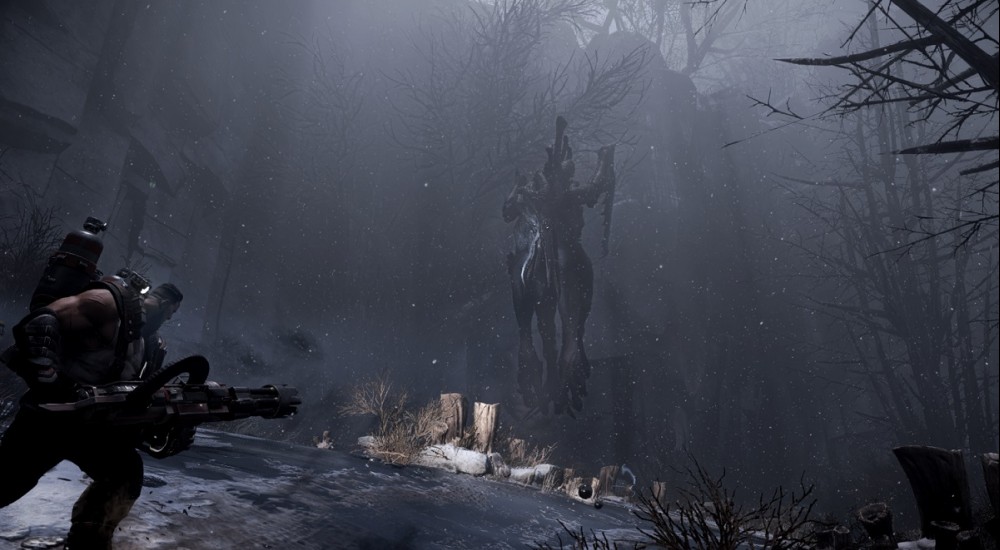 Evolve, one of our most anticipated co-op releases of 2015, just got a little bit sweeter for those who are gaming on a budget. We recently got wind of Turtle Rock Studios announcing that the many different maps to choose from, including the DLC ones, will all be available for free.

That's right! Rather than having to purchase the maps, the developer stated that they'll be offering any and all DLC maps free of charge. The main reasoning behind this deal is because the developer wants to prevent players from being booted from games due to their lack of purchased DLC maps. Having all maps available means anyone can play with anyone at any time, with hardly any division of the community. Creative Director, Phil Robb, commented on this stating:

"First thing we said was we can't break the community up, so all of our maps will be free. We never want anyone to get booted off of a server because they haven't bought something."

Furthermore, any hunter or monsters obtained through DLC will not need to be purchased to be able to play alongside them at any time. They will cost extra, however, if you wish to play as those characters, though it isn't necessary to play Evolve. Again, we also want to remind those that do pre-order the game will also be able to grab the first DLC monster for free. That's a pretty nice deal, all things considered.

To work on creating the most synergized hunter team possible, or possibly to change up the playstyle as the monster, perhaps some of the DLC is worth considering. Still, Turtle Rock studios will have ton of characters to choose from right out the gate, along with more planned in the future.