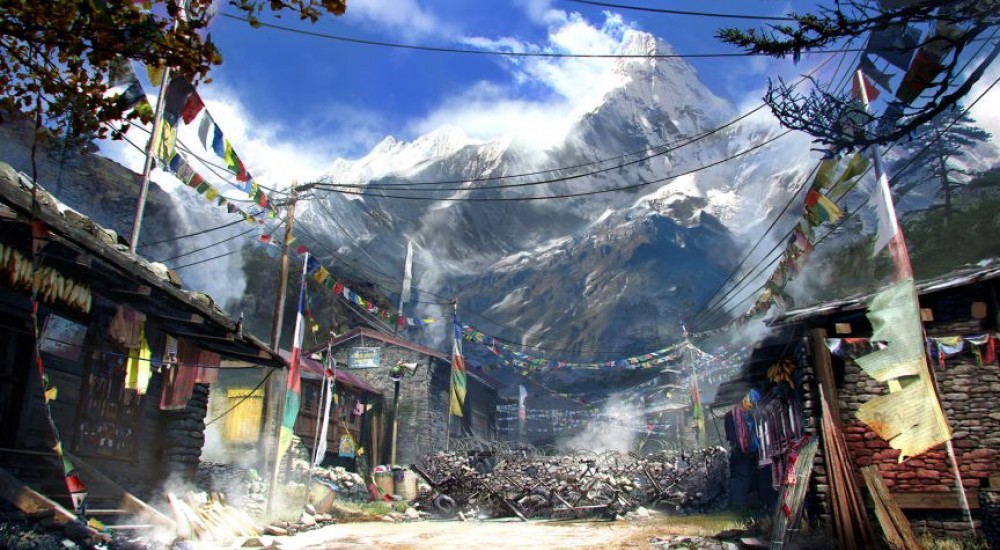 Ubisoft has announced a special "Kyrat Edition" for Far Cry 4 available at launch on November 21st. Packed to the brim with Far Cry related swag, the Kyrat Edition comes in at the staggering total of $129.99. Ubisoft must be really proud of their game.

What does $130 get you these days? A plastic figure, a poster, three single player missions, and a travel journal to record your adventures in the wilderness, because you had to sell your house to afford the game. So, there is a slight difference in the Editions for each region. The EU Region receives the Far Cry 4 Season Pass with the Kyrat Edition, because it helps, slightly, justify the unreasonable price tag. However, the US Version doesn't come with it. That's right: a Ubisoft executive sticks their hand inside every Kyrat Edition box destined for the New World, and yanks that Season Pass code straight out. Then, he sets it on fire.

If you've got too much money and not enough plastic figures of badguys from video games, the Kyrat Edition is totally for you! If you don't meet both of those requirements, just keep on walkin'.