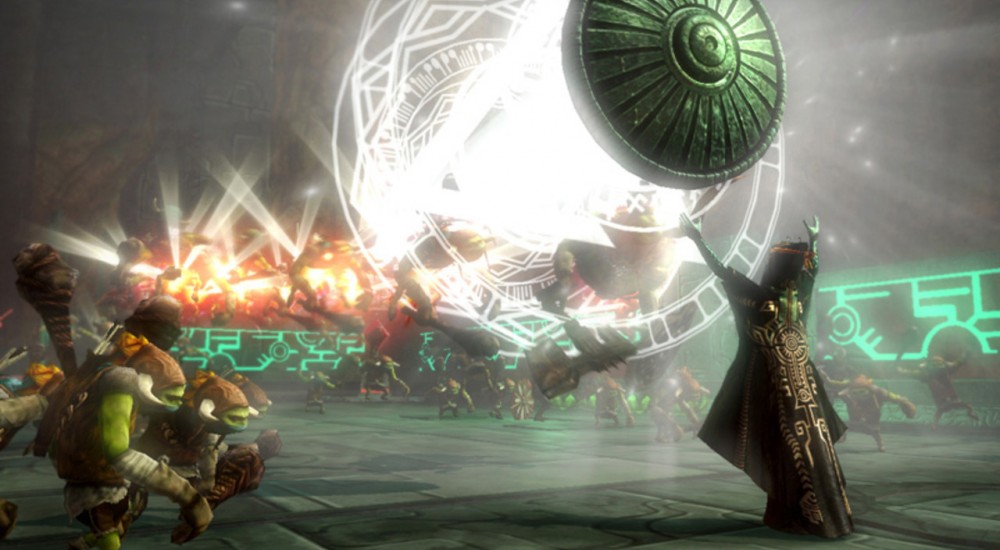 The second DLC pack for Hyrule Warriors is almost upon us, featuring some new Legend of Zelda: Twilight Princess additions to the game. Which new character will players get to try out this time around?

DLC Pack #2 "Twilight Princess Pack" features some Twilight Princess goodies that are hard to ignore. The first being that a new character, Twili Midna, will be a playable character, much like in DLC Pack #1 "Master Quest Pack" where players could play as Link riding on his trusty steed, Epona. This time around, however, Twili Midna will be the featured character and playable for the first time in the LoZ series! For those of you who've never played Twilight Princess (SPOILER ALERT), Minda's "imp" form isn't actually her original form, as Zant cursed her using his dark magic. Her original form looks much more humanoid in appearance, with eeire blue skin and long, braided orange hair. While she is supposedly much more powerful in this form than in her imp form, little is known about how she will play as a character (Twili Midna only appears at the very end of the game in a cutscene). Still, this is why playing as her should be an interesting one for both fans and casuals alike. Developer on Hyrule Warriors, Eiji Aonuma, spoke about the new addition over on the Nintendo Miiverse page today:

"When I was developing Twilight Princess, I thought it was such a waste to let a beautiful princess like her only appear in the ending. Now Koei Tecmo Games has made my wish to see more of her come true. Twili Midna's weapon is the Mirror of Twilight, which appeared in Twilight Princess. This mirror was destroyed at the end of that game, but it's pretty amazing in Hyrule Warriors. In fact, I can't describe in words what's so amazing about it, so I hope you'll download this DLC pack and see for yourself."

Along with Twili Midna, the "Twilight Princess Pack" will include a bunch of new weapons for your characters to wield, as well as some new costumes and an adventure map. If you originally preordered the game, then both Zelda and Link Twilight Princess costumes should already available to you through a code (otherwise you'll need to buy the DLC Season Pass).

This DLC pack will be arriving this November 27th via the Nintendo eShop. Stay tuned for more info on the remaining two DLC packs to come!