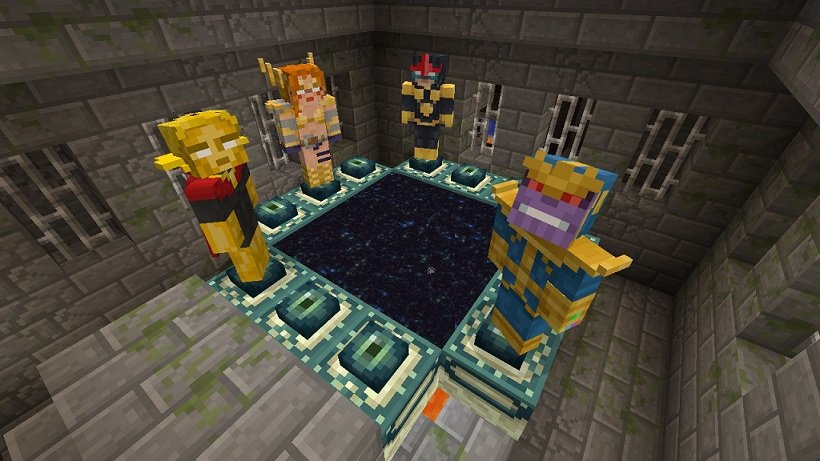 Summer blockbuster films still thrill us at Co-Optimus Towers, but the tie in games rarely do.  Thankfully, Marvel have not gone down the Guardians of the Galaxy: The Video Game route, but are instead piggybacking on the successful Minecraft: Xbox 360 Edition with a new Skin Pack.

Minecraft 360 has proven very popular over the past couple of years and has seen more skin packs than a dermatologist's in-tray.  The latest is Guardians themed and will allow you to dress your avatars in many of the different characters from the new film including; Star-Lord, Gamora, Rocket, Groot and Drax.

No official date for the pack is known yet, but seeing as the film is released on the 31st July expect it at any moment.  To tide you over, here are some images to get you hooked on the feeling: