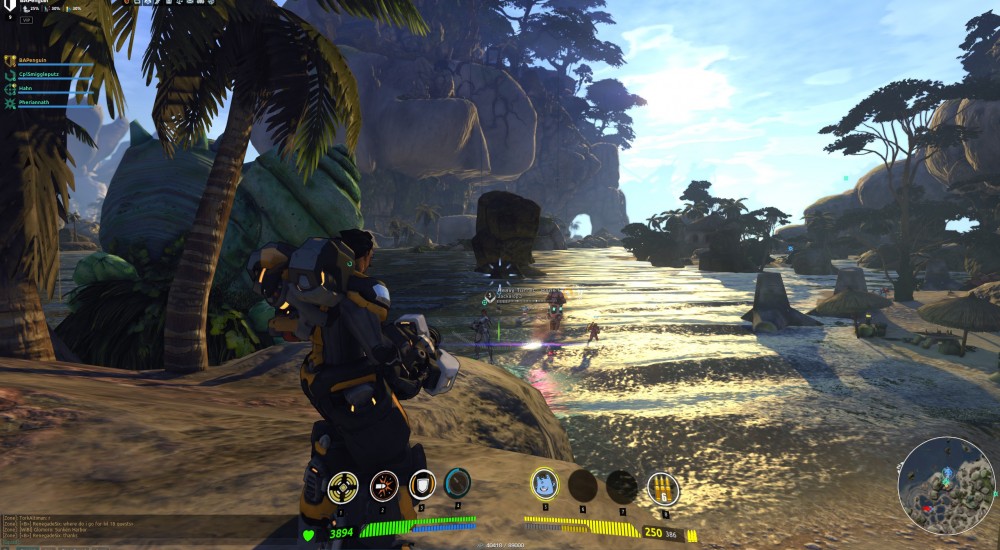 Last night the Co-Opticrew assembled their battleframe squad and dove into the world of Firefall, the recently released free to play shooter from Red 5 Studios. We had a variety of characters to show at different levels as we romped around the opening areas of Copacabana taking on random missions and thumping until we couldn't thump no more!

Later in the stream we showcased one of the game's instanced co-op missions for squads and finally some sort of anomaly split the team, scattering them into an alternate dimension. Seriously, what the hell happened there?

So sit back and watch the adventures of BAPenguin, Cpl. Smiggleputz, Hahn and Pheriannath as we introduce you to the world of Firefall.