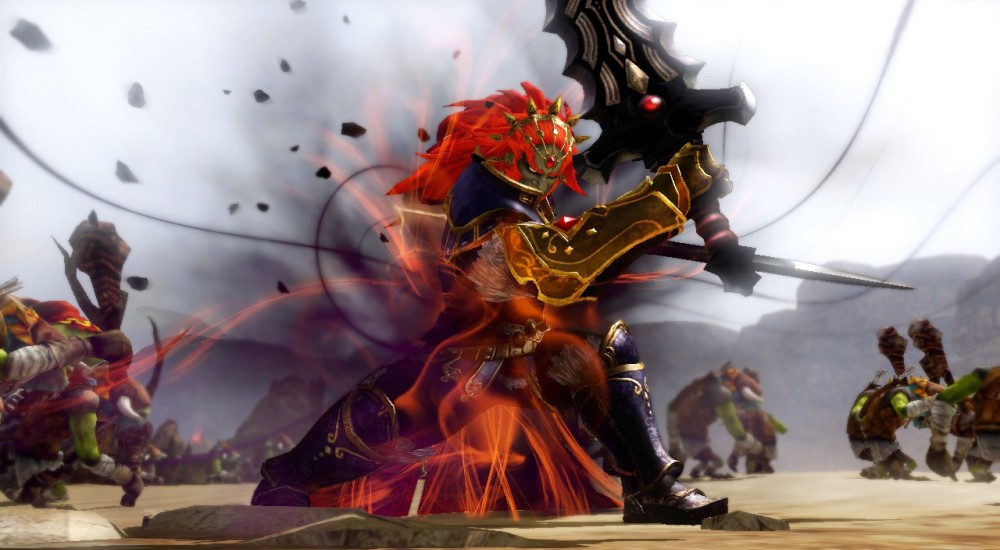 Nintendo's upcoming Zelda title, Hyrule Warriors, looks to be promising for both single-player and co-op experiences. On Monday night, Nintendo released their latest Nintendo Direct video, this time focusing on Hyrule Warriors, so we paid attention to any further co-op details.

Unfortunately, in terms of co-op, nothing new was revealed about it: up to 2 players may join up locally to play the game together, using the Gamepad screen for one and the TV for the other. As for the rest of the video, they went into more detail about characters and their abilities/items, an newly announced mode called "Adventure Mode", and preorder bonuses.

As for many of the characters found in Hyrule Warriors, we've mentioned most of the heroes in previous articles. However, Nintendo has now confirmed some playable villains that we've only guessed would be playable up until now: Zant from Twilight Princess, Ghirahim from Skyward Sword, and (to our surprise) the almighty evil himself, Ganondorf! Personally, I think many fans would have enjoyed seeing Skull Kid or perhaps Vaati introduced, but there's still time before the game releases. Only time will tell! Onto the newly announced "Adventure Mode": this mode is interesting because it combines elements from the original Legend of Zelda title and Hyrule Warriors to make for some quest-like gameplay. Players are introduced to the original Zelda's overworld screen where players move along the map grid and participate in challenges. Many of them are simply about engage in battles to claim territory, while others request you to gain items/materials. One important aspect of this mode is that a select few characters can only be unlocked through this mode. Lastly, Nintendo announced that they will be offering special DLC skins for characters in the game. To obtain many of them, customers will need to preorder Hyrule Warriors at a select retailer, though each retailer will house a special themed skin set (ex. Ocarina of Time skins, Twilight Princess skins, etc). Where each specific set will be offered in these preorders has yet to be announced, so keep your eyes peeled (something tells me everyone will go to the retailer with the OoT skins). Still, Nintendo is offering special Ganondorf skins for free to customers who register their game over on Club Nintendo. Hyrule Warriors will be arriving in stores this September 26th on Wii U.