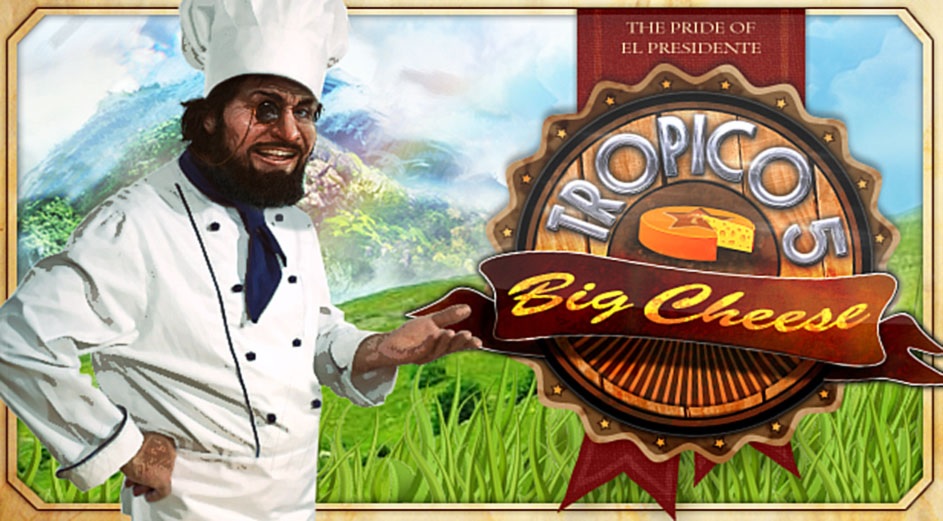 Tropico 5 has been out for sometime on PC, but console fans have been made to wait.  Time is almost upon us with news that the game is due out on Xbox 360 in November.  As well as receiving the full 4 player co-op game, you will also get the 'Big Cheese' DLC - an extra which allows you to create a dictatorship based on dairy products.

Co-Optimus gave Tropico 5 a lukewarm response on its initial release as the co-operation did not feel full integrated.  However, there are far fewer RTS and world building games on console, so a new installment of the Tropico franchise may just be what you want.

As well as the normal edition for 360, you can also purchase a limited edition that includes a Tropico passport, a postcard of the island and some further DLC.  However, I know it will be the cheese DLC that will be drawing you in, here are some details:

The 'Big Cheese' DLC challenges players to create and promote an artisan cheese brand by introducing a new production chain with the Creamery: a new building that enables you to make the most of Tropico's local goats and llamas. Face international competition in an epic quest to create the best cheese in the world and put on the chef's hat! This add-on includes an all-new sandbox map and task, a standalone scenario, building, avatar accessory and music track!