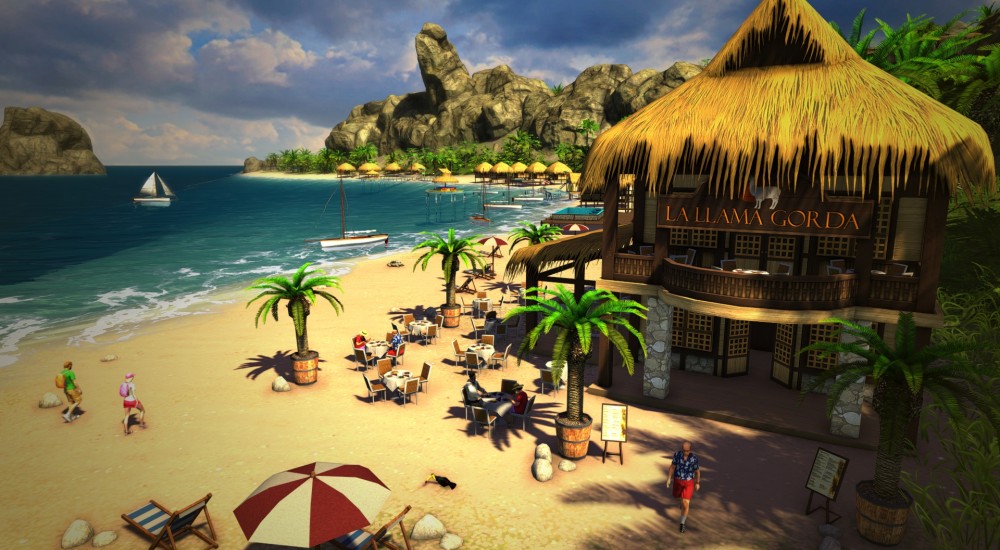 A sweaty junior officer bursts into the room, the overwhelming cigar smoke forcing him to take a few extra moments to catch his breath.  With his composure regained, he informs the one known as "El Presidente" that the workers in the eastern farmlands have refused to engage in their mandatory Tropico 5 sessions.  Rumors of dissatisfaction with their personal computers are spreading like wildfire among the common folk.

A portly, bronzed man not too far removed from his twilight years sighs out a wave of tobacco-laden wisps.  "Then we shall give the people what they wish for.  Jorge, load up the trucks.  Prepare the propaganda tapes.  We will show them the power of the Playstation 4."  And thus it was that a new version of Tropico 5 was created for the Sony's Home Entertainment and Reeducation System.  Early snippets of the gameplay can be found below.

City-building sims are often hit or miss on consoles.  Due to the wide array of options a player has to influence their world, controllers are usually found to be inadequate replacements for the good ol' keyboard and mouse combo.  Over time, though, developers seem to be improving their approaches to replicating that experience, and the touch pad on the PS4's controller will hopefully help that even further.  Whether or not that holds up in practice remains to be seen, of course.

Tropico 5's four player online co-op will also make its way to the PS4, so now you and three of your bossiest friends can experience the game in a more relaxed, couch-based setting.  Maybe the comfort of a sofa cushion will stem the tide of jealousy you feel when your neighbor's citizens are dancing the night away, while your own are not so secretly plotting your coup.