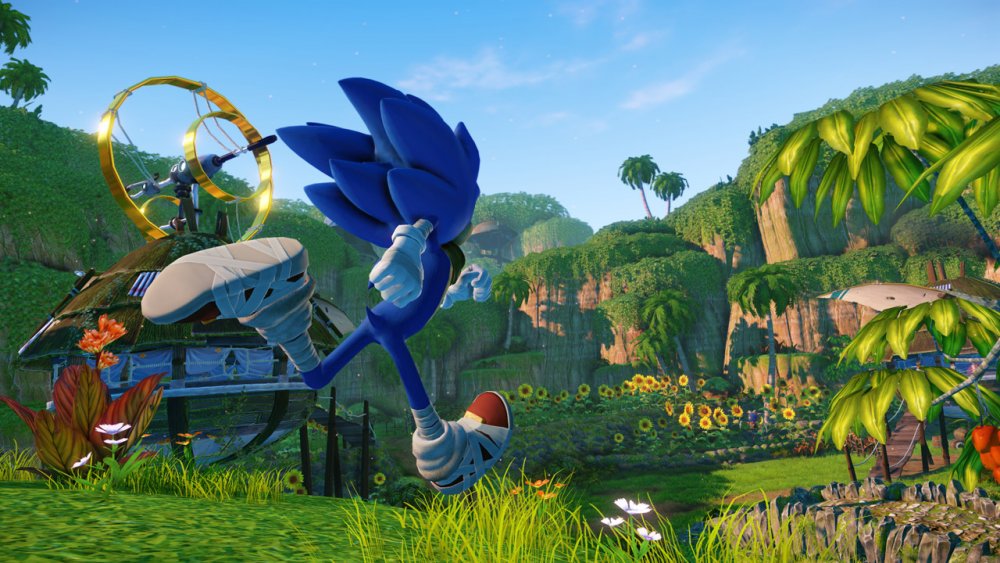 Try to keep the images of Guile from Street Fighter out of your mind when we tell you that Sonic Boom has a release date. Sega's co-op action adventure game with the appropriate amount of "attitude" we'd expect from the post-2000 Sonic will launch in mid-November in the U.S. and UK.

Actually, Sonic Boom is a pair of games, one for Wii U and one for 3DS, with slight interface and graphical changes to accommodate the smaller screens. The portable version is Sonic Boom: Shattered Crystal and will hit the U.S. market on November 11 and the UK November 21. Sonic Boom: Rise of Lyric for Wii U is out a week later in the U.S. but the same day in the UK. Why? Because Sonic is just that fast.

The Sonic Boom games were developed by a studio called Big Red Button instead of the usual Sonic team. They feature four playable characters -- Tails, Knuckles, Amy Rose, and the blue guy, whatever his name is -- traveling through an ancient land that totally steals the sandworm design from Dune. Gameplay is rumored to be very teamwork-oriented, with a two player co-op campaign and more competitive multiplayer modes that support all four players. Merchandising is key when it comes to Sonic Boom, and Sega is planning on rolling out tons of tie-in products to make sure everyone remembers who Sonic is. That includes a happy-fun-style CGI TV series, which despite its young target audience doesn't look as bad as we just made it sound.