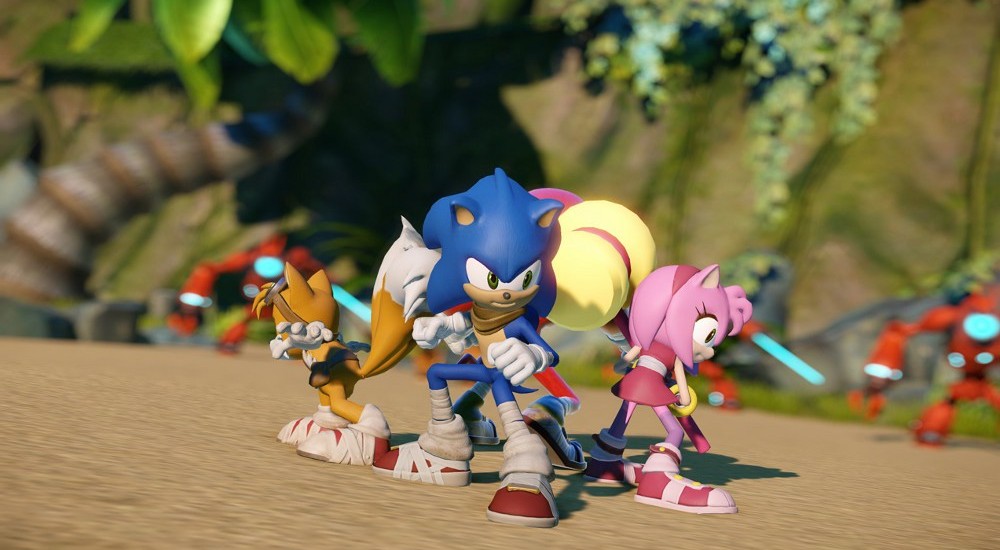 Two Sonic releases, one launch trailer. The upcoming pair of action adventure games for Wii U and 3DS are scheduled for release in mid-November. They've got undiscovered lands, an ancient evil, metal Sonic, and gameplay that emphasizes teamwork in the most cooperative way possible!

Sonic Boom: Shattered Crystal and Sonic Boom: Rise of Lyric stick Sonic and his pals Knuckles, Tails and Amy Rose in an all-new world to run around in. The 3DS version is largely a sidescrolling affair, while the Wii U version frees things up a bit with a movable camera perspective and 3D levels. Either way, co-op is part of the experience, allowing players to work together to solve puzzles like the infamous "there's a giant robotic bug in the way and two people have to tug at its electric eyes in order to get it to move" conundrum.

Both versions of Sonic Boom hit North America on November 11. The European release is scheduled for November 21.