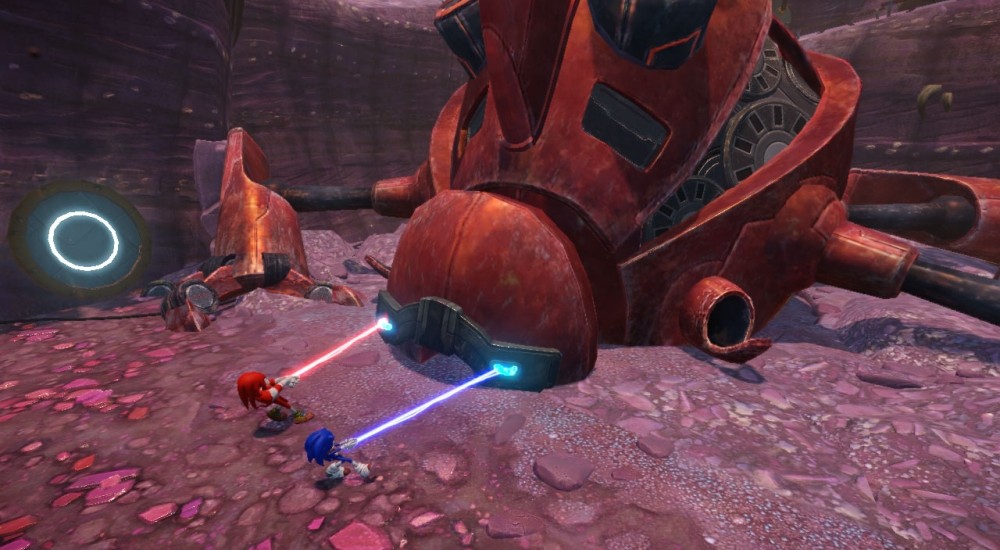 Oh Sonic, it's comforting to know you're still alive. The days of Blast Processing are long gone, but you still run around with your blue hair and weirdly large sneakers like you just don't care. The hedgehog's next appearance is scheduled for mid-November with a pair of games for Wii U and 3DS. The games were scheduled to release a week apart, but now, thanks to whatever reasons, they'll hit on exactly the same day!

Sonic Boom: Rise of Lyric for Wii U was originally slated to release on November 18th, one week after the 3DS version of the game, Sonic Boom: Shattered Crystal. Now, SEGA has announced that both games will be available in North America November 11, with the UK versions dashing in just ten days later. Co-op is limited to two local players, but with the focus on speed and exploration, that's probably a good thing.

The usual Sonic team didn't have a hand in creating the Sonic Boom games. Instead, LA studio studio Big Red Button worked on the Wii U release while Sanzaru Games of San Francisco took charge of the 3DS version. Both Sonic Boom games feature four playable characters -- Tails, Knuckles, Amy Rose, and Sonic -- traveling through an ancient land filled with things like giant sand worms, wild mechanical foes and, naturally, twisty trails and looped tracks. Gameplay is action-oriented with plenty of combat and environments to explore. Teamwork is a big part of the experience in the two player co-op campaign, but there are also competitive multiplayer modes that support all four players.