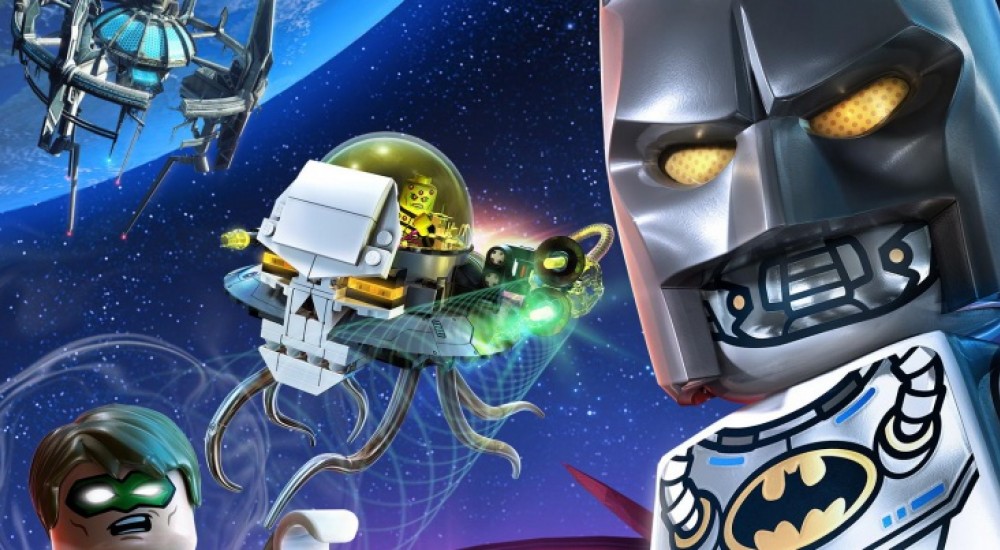 We're all way too familiar with Batman's beef with the Joker. The two have been waging war since 1940, and just about every game (and two of the movies) focus on that particular conflict. Well, it looks like Bats and The Crown Prince of Crime are having to put aside their never ending battle and join forces against a greater foe in LEGO Batman 3: Beyond Gotham.

Oh, that Joker. He just can't stay serious, even when complete and utter annihilation looms ahead.

Brainiac is an artificial life form (though sentient) who wants to add the entire cosmos to his menagerie. In order to fulfill his dreams at collecting all life, he's forcefully snatched members of all the Lantern Corps and used the unlimited power of their rings to start shrinking planets. Sure, it's a story more suited towards the old Super Friends cartoon than what we're accustomed to for DC, but this is LEGO Batman we're talking about here.

That tentacled ship you see flying around is Brainiac's ride. Fun fact: During the "Bronze Age" of comics, (around The Crisis of Infinite Earths), Brainiac still drove that ship around. Except his head also looked like that. He was literally flying a huge construction which looked identical to his head. Talk about narcissism.