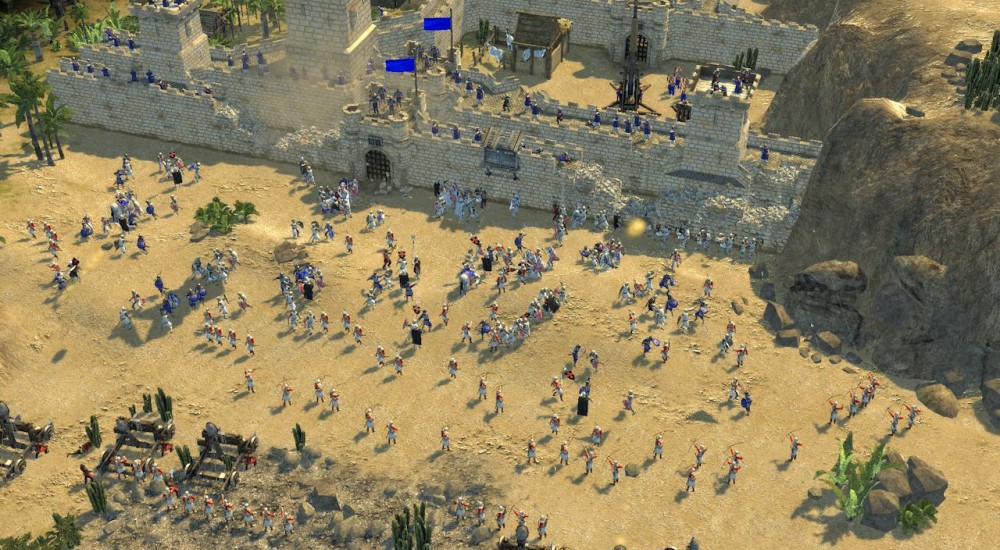 Real time strategy game Stronghold Crusader 2 was set to release in just under two weeks, but thanks to a lengthy and exhaustive closed beta, the team is going to delay the game three weeks out to add enhancements and fixes.

“In the bad old days, release dates were sacrosanct and publishers could force developers to ship even if we were not happy with the game. Now we’re in a much stronger position. Our partners, Mastertronic and Koch Media, have been very supportive and we have decided to release a better game on September 23rd.”

It's a pretty interesting point, in the day of digital distribution a delay doesn't mean an entire pipeline delay - manufacturing, pressing, distribution, etc. Because of this developers are actually more flexible and reactive

Luckily a three week wait isn't all that much, with the game set to release on PC via Steam on September 23rd. The game supports a special two player co-op mode and will eventually get co-op support for the campaign. You can read our impressions of Stronghold Crusader 2 from E3 earlier this year. We'll have our review up around the time of release.