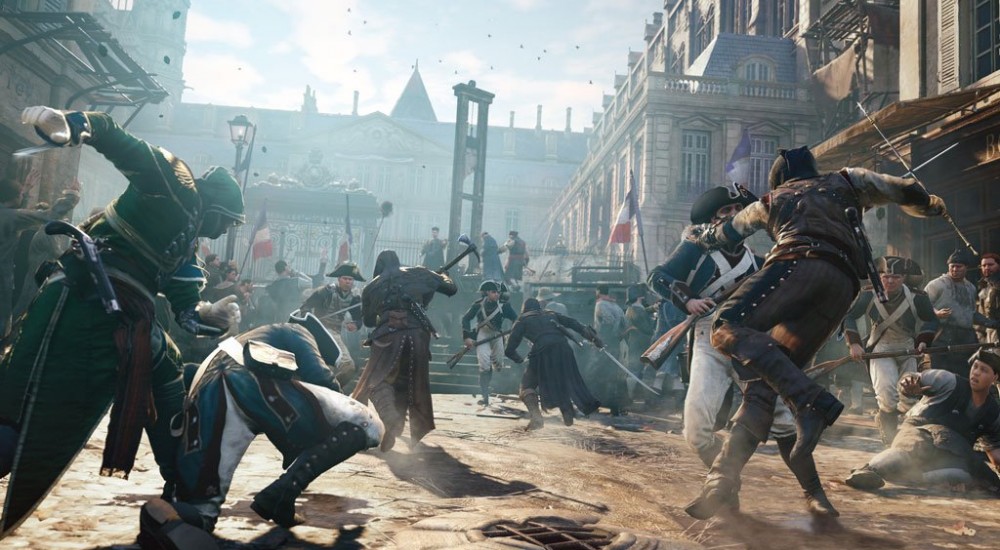 The Assassin's Creed games have encouraged players to formulate a strategy before knifing their target since the initial launch. And while Brotherhood saw the ability to call in conscripted Assassins for more complex takedowns, those guys could do little other than "run in and stab a guy."

Luckily for us, Assassins' Creed Unity is going to replace those stabbing robots with real, actual people. Our friends down at the Playstation Blog recently got some hands on time with the game, jamming out some co-op play with the Devs.

Speaking of the Devs, Senior Producer Vincent Pontbriand has some stuff he'd like to share about his feelings on the product.

I feel like we hear talk of "rebuilding from the ground up" just about every time another iterative game comes out, but I guess we'll see.

You can read all about the co-op antics of the folks down at the Playstation Blog, but the highlights are pretty much what you'd expect. Two guards patrolling too far away from each other to knife at the same time, both you and a friend can run up and go for some sweet synchronized shiving.

The big surprise for me is understanding that Monsieur Arno's gear is customizable beyond mere cosmetics, hence the different look of your fellow Assassins. Sure, it might help you differentiate between your co-op buddies, but knowing that it allows you to specialize in gameplay is a fun addition as well.