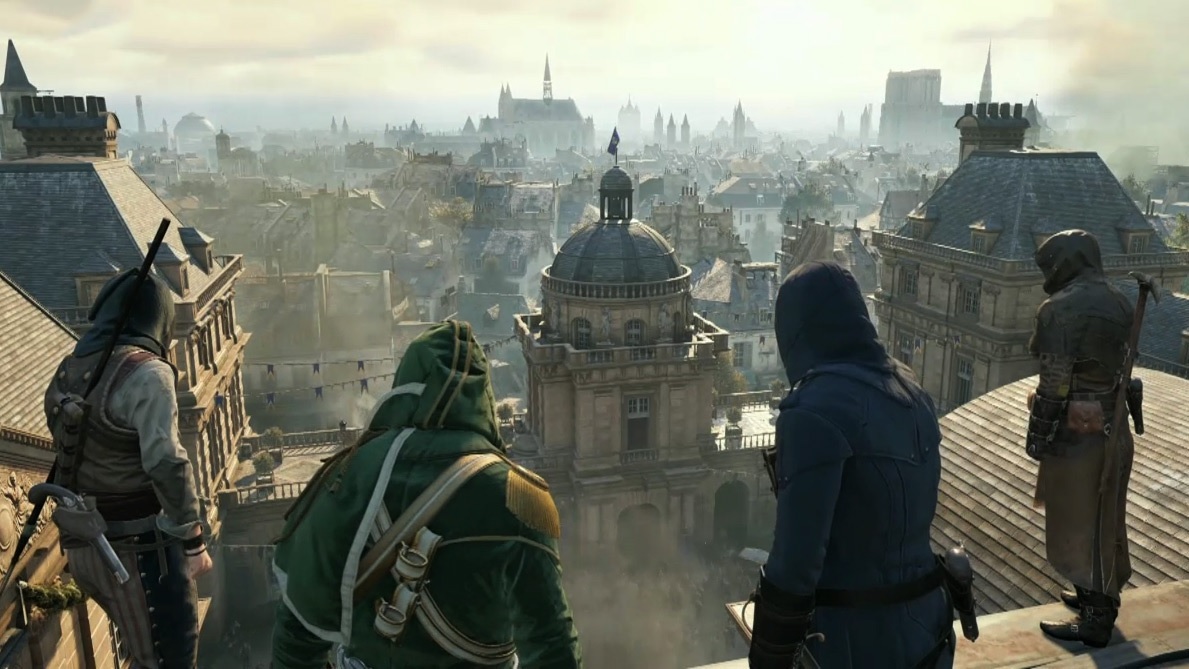 Most gamers just want to pick up a control pad and play a game; knowing what was needed to get the game made is not the highest priority when you are blasting aliens or flying through the air.  However, for a game to exist, it needs to be built on something.  The latest Ubisoft video highlights the new Assassin's Creed Unity engine and how it has enhanced the franchise.

Unity is coming sooner than you think with a release date of 28th October across PC, PS4 and One.  The new video splices a lot of the footage from the impressive co-op trailer, but does offer new information in the form of a narration.

The new engine has been designed for this generation and has allowed Ubisoft to not only improve AI and graphics, but also gameplay elements.  The Parkour elements have been enhanced and the sheer grunt behind the engine has allowed the 4 player co-op campaign Co-Optimus is so looking forward to: