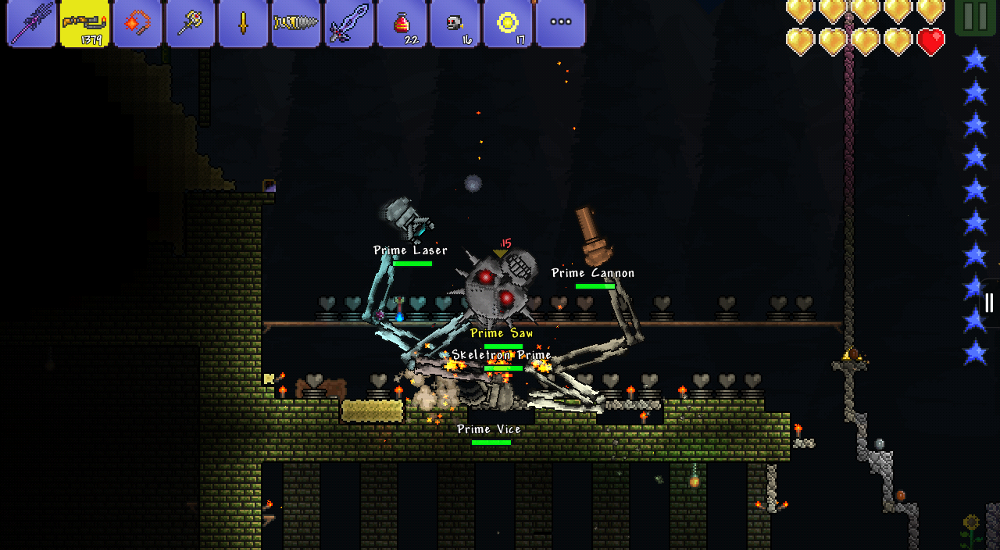 In what publisher 505 Games is calling the "biggest update to date", the Android version of Terraria is about to receive a massive wad of new content. Included in the release are new items, new enemies, new biomes, new bosses, and the fan favorite HARDMODE, which we should be contractually obliged to write in all-caps from now on.

The update adds content already available in the PC and console versions of Terraria, bringing the Android port a little closer to its meatier cousins. There are over 20 new enemies to fight, 100 new items, new NPCs to unlock, new bosses and all-new biomes to wander through. The combat has also received a brushing up, allowing you to tap enemies to target them with auto-aim, which is especially useful with ranged weapons.

The biggest addition is hardmode, which Terraria fans will probably tell you is the only real way to play the game. Once you defeat the Wall of Flesh you'll unlock hardmode, which essentially scrambles the biomes, adds loads of new items, enemies and ores, and just generally turns your life a living hell. That's mildly funny because the Wall of Flesh is found in hell. But hey, have fun, you wacky kids you!

The Terraria update has already rolled out to the Amazon version of the game, and the Google Play version is expected any day now. It supports four player local Wi-Fi co-op, making the normally anti-social act of using your phone a little more acceptable.