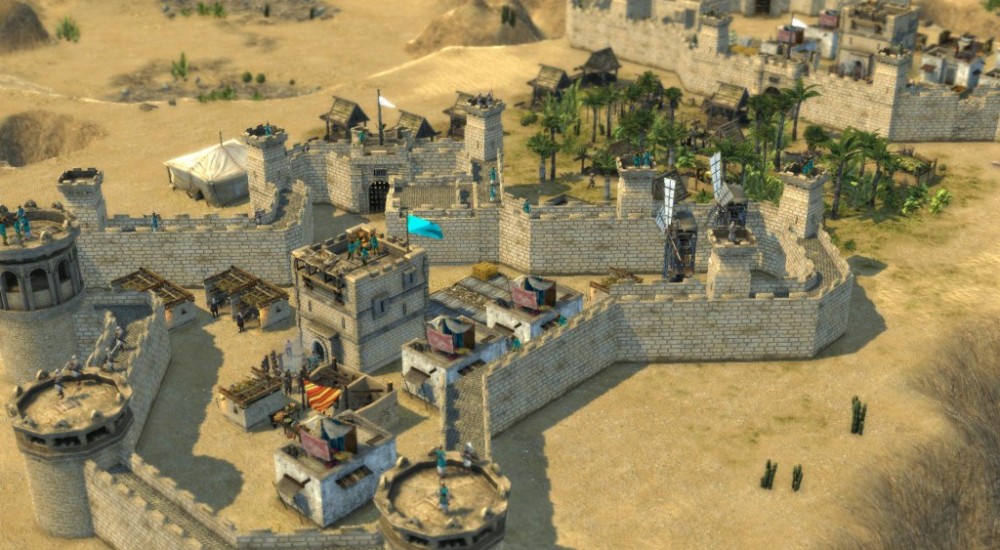 Being a medieval Duke comes with a set of unique challenges. When you're not fighting off religious fanatics or the plague, you've got to make sure your peasants can strike a balance between being productive, and also too blindingly inebriated to rebel. Stronghold Crusader 2's newest AI opponent, the Wolf, cuts all that out by running his kingdom through brain-paralyzing terror.

Take a look at this new trailer detailing the Wolf's strategies and how best to counter him.

Nothing says "ungrateful jerk" like giving your allies zero assistance. A brutal dictator of an AI opponent, the Wolf combines the domestic leadership styling of The Prince with the foreign policies of Genghis Khan. Luckily, we can team up and tear this self-absorbed geezer down.

Big units means more money, so Wolf's gotta juice his peasants for every shekel early game. Striking early is best, since late game sees him building up an unstoppable, armored army and castle walls which could withstand a tactical nuclear strike. A tough opponent for any situation, you and your buddies will need to work together to take on this crusty curmudgeon.