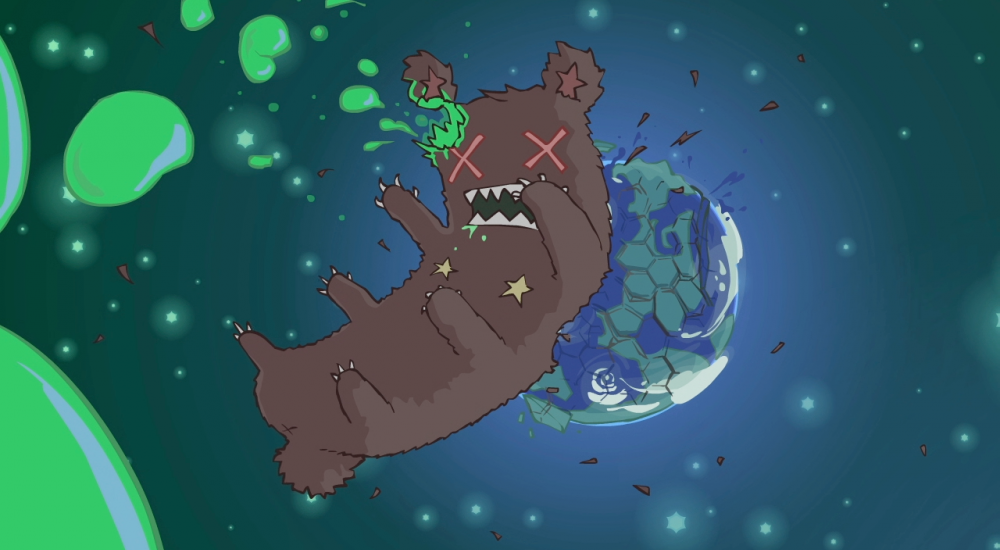 Behemoth: a probably gross monster with a really big tail and the body of a hippopotamus. The Behemoth: a game development studio that has stolen countless hours of our time with games like Castle Crashers and Battleblock Theater. The Behemoth's next game: turn-based strategy with co-op... and a giant space bear.

The Behemoth teased their fourth game recently, announcing just a few tiny details before scampering back into the forest to continue development. Titled "Game 4" for the moment, the upcoming release takes place on a world that was recently hit by a giant six legged space bear. Now, everybody's looking to eke out a living, maybe by looting/conquering things, maybe by, I dunno, sailing to an ice cream cone island to lick up some dinner. Who knows! All we're certain of is this bearpocalypse game is of the turn-based strategy persuasion and will feature a healthy amount of co-op adventuring.

The trailer above is short but suitably awesome. Besides The Behemoth's characteristic art style, you'll notice the game takes place on a grid, and some dude's hair/beard flips upside down but still looks strangely stylish. Game 4 will feature a single player campaign, two player co-op and a four player two vs. two mode. No release date just yet, but it looks like the game will be heading to both Xbox One and Steam.