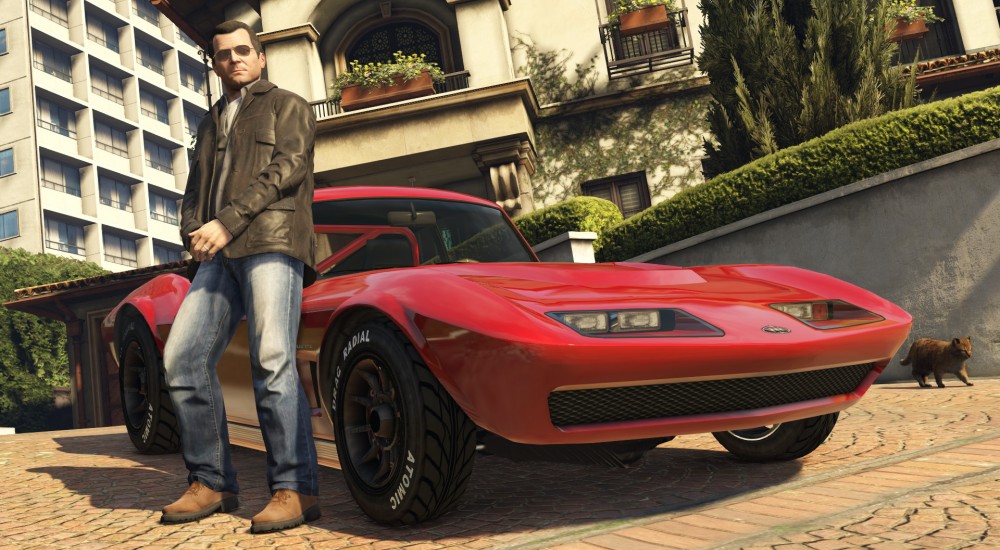 Coming to your new gen consoles on November 18, Grand Theft Auto V brings new content, improved graphics, and the same GTA style you've grown to love. A PC version will also release on January 27. Check out the new trailer that launched this morning, shot on a PS4:

On new gen consoles and PC, Grand Theft Auto V will come backed with tons of new content. Each version includes new activities, weapons, vehicles, and wildlife, as well as an upgrade foliage system, denser traffic, and enhanced damage and weather. Rockstar also added over 100 additional songs to the radio stations so you can rock out to some new tunes.

GTA Online is also seeing updates. In addition to the available upgrades released since the PS3 and Xbox 360 launch, online play now supports up to 30 players.

If you've been enjoying Grand Theft Auto V on a last gen console, no need to worry. You can transfer your current GTA Online characters and progression to your choice of PS4, Xbox One, or PC.

Check out the gallery below for screenshots of the new gen version.