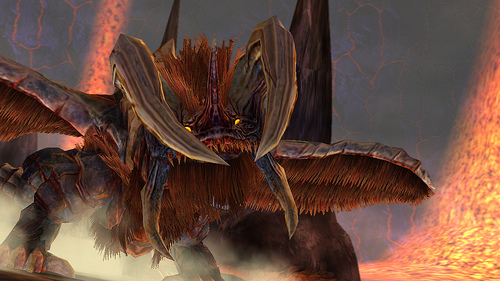 According to the official Sega America blog, Phantasy Star Portable for the PSP has had its release date moved up to March 3rd, 2009!  PSP on the PSP (huh?) was released in Japan last year and has been undergoing translation, localization and updates for a March 24th release date.  But I hear they hired the guy that translated Zero Wing so the game will be done a few weeks early!

Sega was so excited about this news that they released a brand new trailer for the game that features some truly thumping beats.  Break out the glowsticks and enjoy!