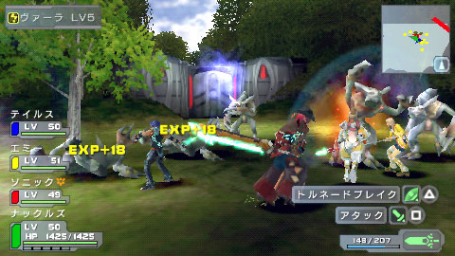 The gameplay should be similar to PSU, and it appears to have a similar graphical style, but what is most important to the Co-Optimus faithful is the four player co-op. 1UP also has an interview about the game, so you might want to hit that up as well. So, any PSP fans out there want some Phantasy Star action?