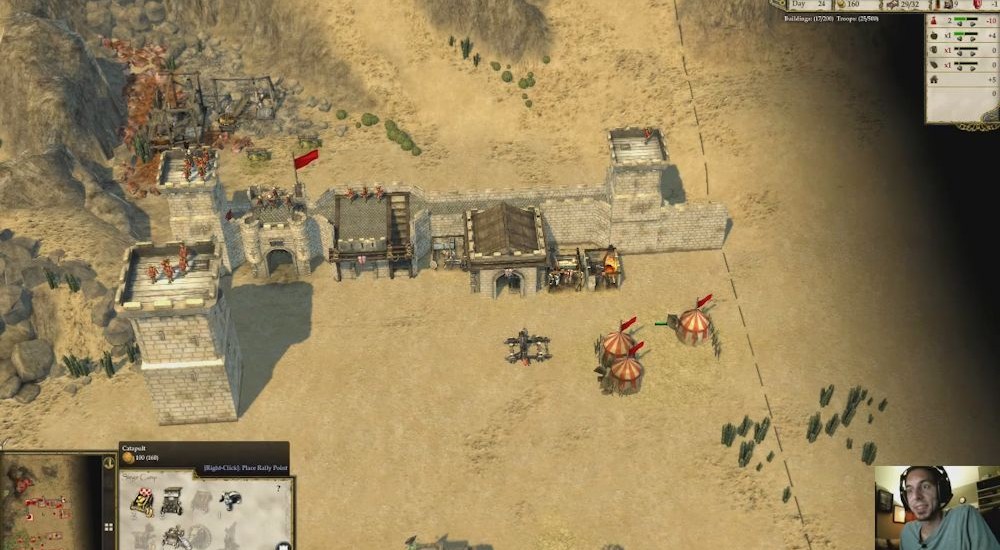 Last night Mike and I took to Stronghold Crusader 2 to check out the game's co-op mode. The latest game in the series is out today on Steam and it features lots of gameplay with a full tutorial campaign and almost twenty missions in the main campaign too. Each missions pits you against one more multiple AI enemies with crazy personalities and play styles to match.

In our match we take on The Shah who is considered "the most reasonable" AI. We tip the scales in our favor since we're both newcomers and still learning the ropes, so while the match is pretty laid back, it gave us a good opportunity to explain the basic systems at play. Plus it was fun to set up a death trap for the opposing team to try to get through with our archers.

We'll have our full review up later this week.