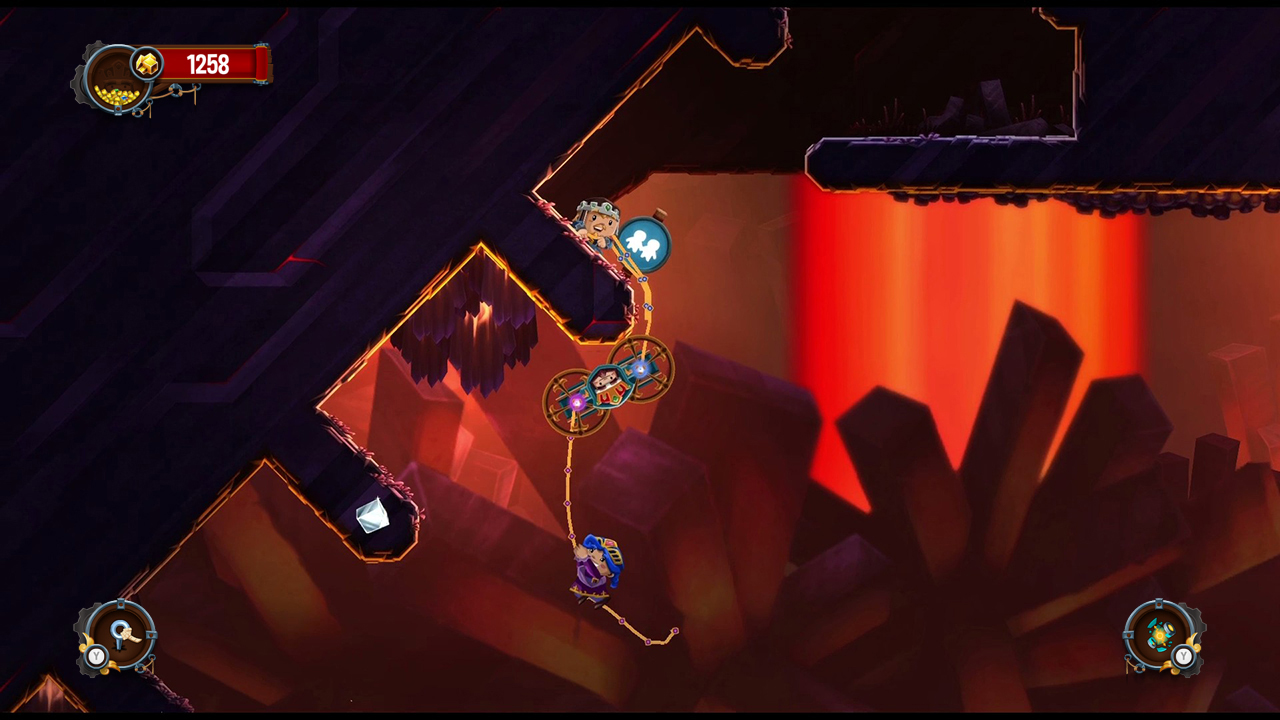 With the sales of PlayStation 4s and Xbox Ones going at an impressive pace, it can be a little too easy to forget that the Wii U is also around.  The little console that can may get games a little late sometimes, but it gets them eventually.  The latest later release is Chariot, a 2 player co-op game that we rated very highly.

Chariot is the type of local 2 player co-op that Co-Optimus loves and harks back to the days where you and your family would sit side by side and try and tackle trouble:

Chariot is a humoristic physics-based couch co-op platformer in which
a brave princess and her suitor carry a funeral wagon through ancient
caves, fending-off swarms of looters while amassing riches, to bury
the King's remains in a worthy gold-filled tomb.
If only that dead King would keep quiet...

The Chariot’s large wheels and long tethers allow the heroes to reach
higher ground, swing across chasms and perform all sorts of impressive
maneuvers. Extract riches from the very walls of the caves in multiple
environments, and make your way to the exit by avoiding envious looters
or by beating them back as they attempt to steal your hard-earned loot!
With skill-testing coordination mechanics and thrilling physics-based
stunts required, Chariot will definitely please couch coop enthusiasts
as teamwork and cooperation unlocks new possibilities.

The drawn graphics of Chariot means that the game looks as good on Wii U as any other platform and with its family appeal this could be the ideal game to check out as you wait for Nintendo's next first party release.