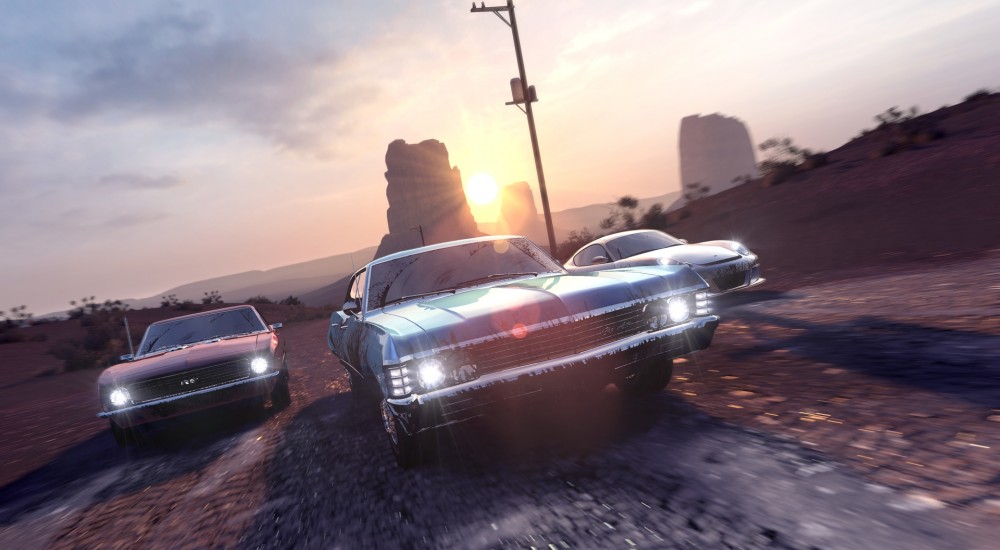 PC owners were able to test drive The Crew in earlier betas, and now it's finally time for console owners to take on the road. Ubisoft has revealed that the new-gen console beta will begin on September 30, and you can register on The Crew's site.

The beta includes "the entire" United States with challenges and PVP in the Midwest and East Coast, while the rest of the county is set for free roaming.  The beta also features the ability to customize your ride in the Street Spec (found in Detroit) and the Dirt Spec (found in New York).

We got a hands-on with the PC beta (check out the co-op video) and at the time all players could do together was race. We've since learned that there are multiple mission tapes to take on, but everything can also be played solo.

Most recently, the Truly Driving Social trailer from Ubisoft went into detail on some of the different activities you can get involved with. So if you want to race alone, that's great, but if you'd rather run form the cops and take down enemies with friends, that's probably better.