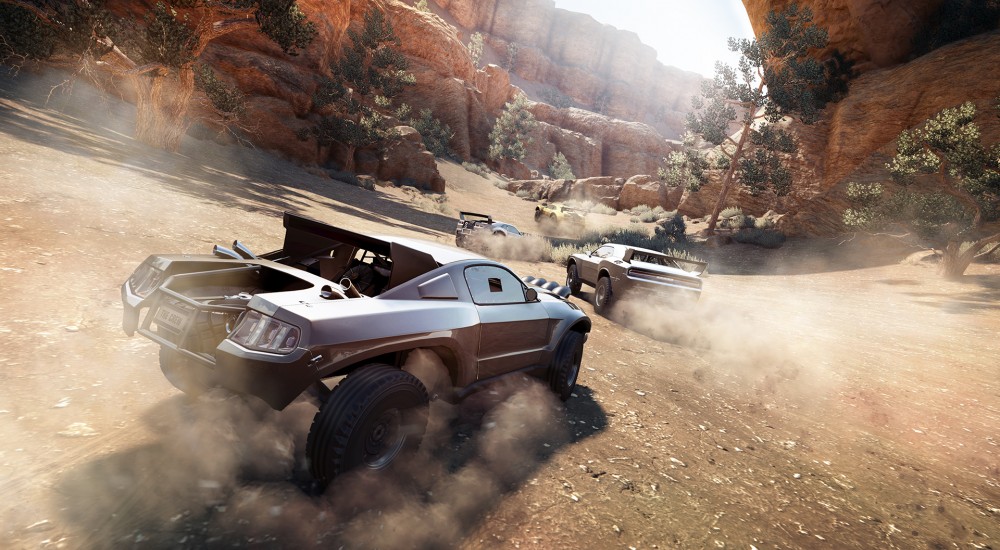 While the previous update indicated that The Crew's players would be leading an exhilarating, no-holds-barred lifestyle from here on out, the patch released yesterday is reeling in the excitement and focusing on more domestic issues.  It's sort of like when you've made up your mind and moved to the Himalayas to lead a life of adventure as a mountain guide, but then you get to your cabin and realize you forgot to buy groceries.

Fixes and improvements can be found in quite a few aspects of the game, including co-op.  Specifically, the quick co-op functionality has been worked on, meaning that it should be a bit easier for you to find three strangers to traipse around psuedo-America with.  The full patch details can be found below.

Statistics
• Fixed the issue that was causing statistics to display incorrect data and/or simply reset the data.
Previous data will not be restored, but new statistics should not be lost anymore.

Awards
• Fixed an issue related to unlocking and tracking the progress of certain awards.

Challenges
• Fixed an issue related to progression on challenges.

Friends
• Fixed an issue related to a friend’s presence in game – their status will be set to offline when they quit the game.

Gameplay
• Modifications applied to the friction on side barriers in order to avoid wall-riding exploit.

Streaming
• The game will no longer use 100% of the CPU at the launch on PC. This was preventing players from streaming in smooth conditions.