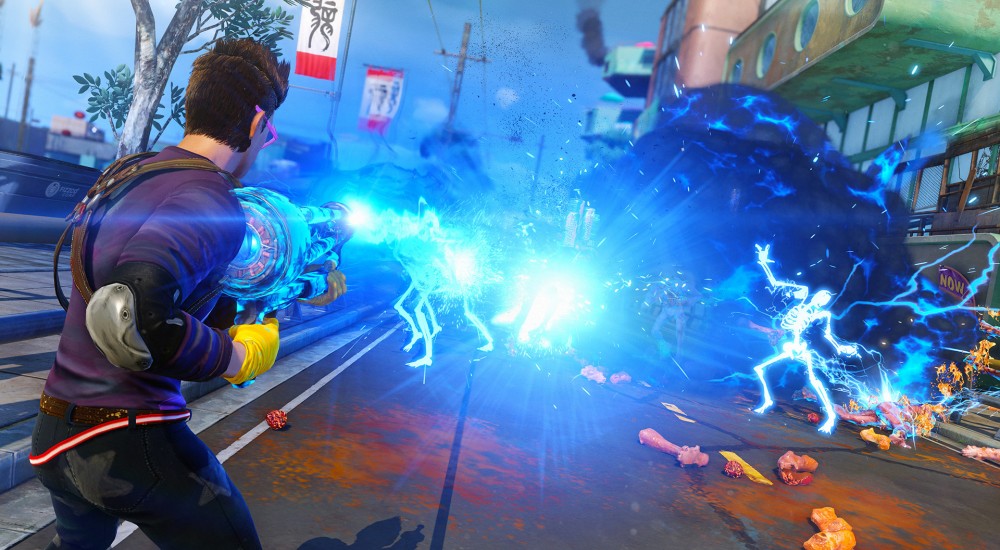 Insomniac Games have put out a fresh batch of screenshots for Sunset Overdrive, their over the top open world shooter/skating/grinding/explodey game that's out on the Xbox One later this month. The screens showcase the detail on the characters, the colorful environments and what appears to be some sort of vehicle. Whether it'll be driveable (or flyable) has yet to be seen.

Sunset Overdrive will feature an 8 player co-op mode where folks complete objectives around the city together unlocking items to customize their character. Be sure to check out our interview with Ted Price of Insomniac Games from E3 earlier this year for more juicy details.