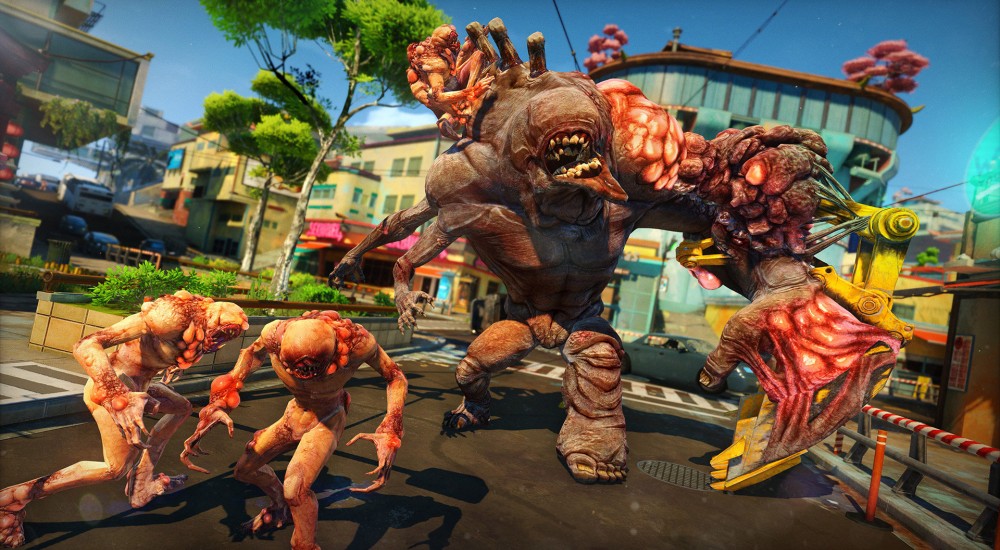 If Saints Row now exists as a parody of open-world crime games, Sunset Overdrive is a response to the more realistic shooters of our time. Their E3 Trailer went out of its way to poke fun at gritty FPSes, then cut to a dude bouncing off of umbrellas and grinding on rollercoaster tracks. All the while hosing down energy drink tainted mutants with a variety of bizarre ordinance.

But how does it play?

Luckily, we've got Insomniac Games to give us the lowdown on their new free-flowing third person shooter. Check out this gameplay walkthrough.

One of the most intriguing elements of this game is the necessity for movement while in combat. Sure, the guy harps a lot on the guy standing still and getting greased by the zombie hordes, but that might be what separates this game from any other third person shooter. Bouncing around and picking off enemies while grinding down a handrail makes battling mutants all the more exciting and innovative. They claim they made the city into a playground, and they certainly appear to be delivering.

Insomniac lives up to their name by producing weapons that only the sleep deprived can conceptualize while skirting the surface of reality. We're shown a few weapons here, including an electric baton, an explosive teddy bear launcher, and a gun that produces homicidal garden gnomes. If the rest of their arsenal is this insane, I'm down.

Sunset Overdrive looks to be a pretty compelling reason to pick up an Xbox One. We'll see what the final verdict is when the game launches on October 28th.