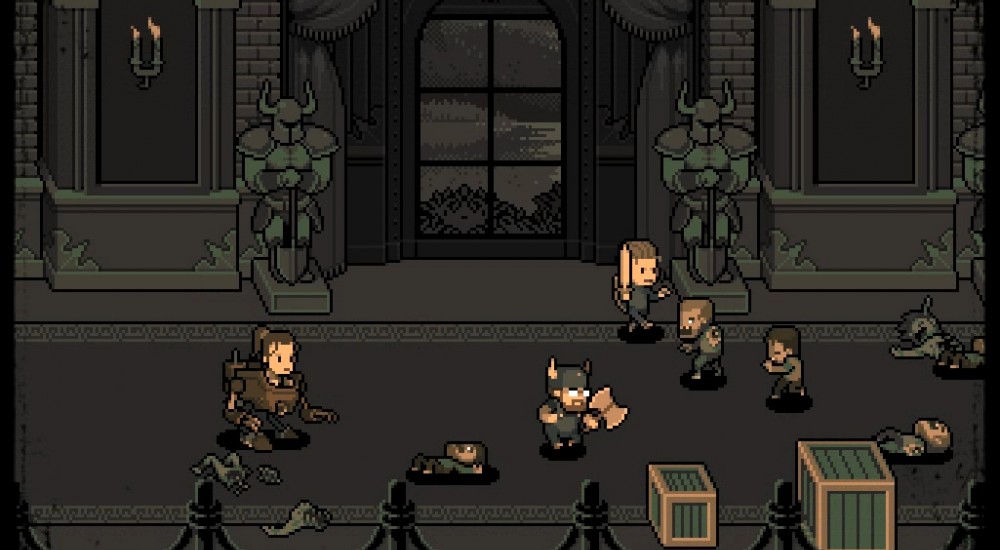 Indie developer Secret Base, best known for the Tobe series of co-op puzzle platformers, have decided to take on the world of beat 'em ups in Devil's Dare. Of course, this is no ordinary beat 'em up, oh no. You'll be taking on legions of zombies as well as a few iconic figures from horror movies.

The underlying premise to the game is that you, and up to three of your friends locally, are the last four surviving gamers in the world and it is up to you to fight off the hordes of foes threatening to destroy everything. As you battle these foes, you'll collect some cash that be can be used to upgrade your abilities or, should the unthinkable occur, return yourself from defeat. This particular mechanic was inspired by the arcade games of old where you had to pump more quarters into the machine for more lives. Looking at the game in action, I'd say that's not the only arcade inspiration at play here.

Streets of Rage, Alien vs Predator, Golden Axe, and many more beat 'em up titles from the early to mid-90s all come to mind when I look at that in action; and that's a very good thing.