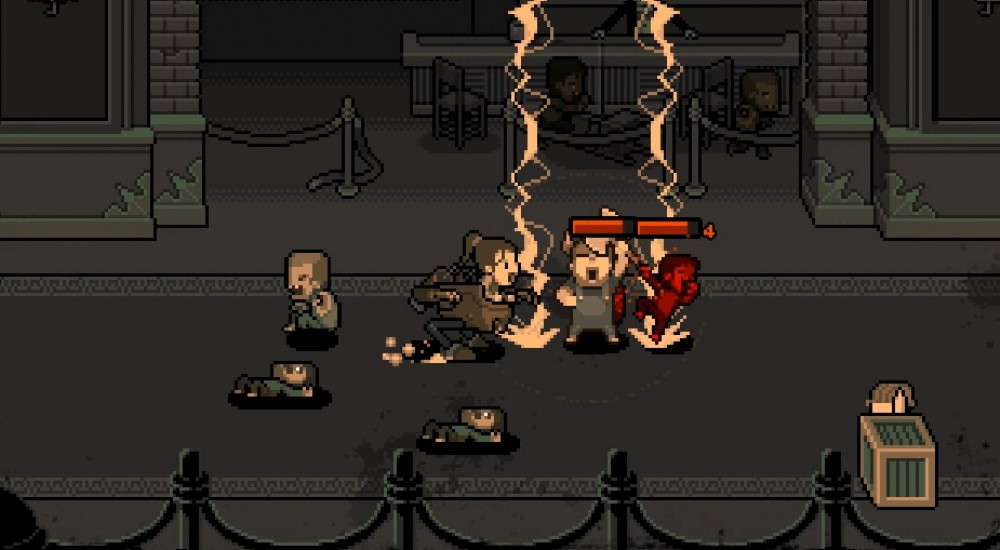 The four-player beat 'em up Devil's Dare is barely two weeks old and already developer Secret Base has pushed out an update and a few other surprises for the title - like a new demo, a new mode, and a new difficulty. If none of those interest you, how about the chance to win $166.50 and appear in the game?

First off, for anyone who may still be on the fence about the game, a demo is now available so you can play through one level with up to four friends for free. There are no limits to how many times you can play, and you can choose as which of the four main characters you'd like to play. If you're liking what you're seeing, then you can still pick up the game for just $10.39 (20% off the regular price) until November 3rd!

If you already own the game, then you're not left out of the cold here either. The game's received an update that's added on a Survival Mode for those looking for more of a challenge. The mode can be played with up to four friends, just like the main campaign, and features its own leaderboards, if you're into that sort of thing. There's also been a "Casual" difficulty added to the game for anyone who's looking to play the game, but not worry too much about trying to combo kill zombies and other denizens of the dark. Finally, the biggest piece of news is that Secret Base is holding a "Top Score" contest for the next week. Starting today and wrapping up at 11:59 PM on November 9th, the developers are challenging you to submit the highest score possible to their leaderboard while playing the arcade mode on "Classic" difficulty (i.e., no casual here). Your score in the game is based off the amount of cash you have "on-hand" when you die or beat the game. It's an interesting challenge as achieving such a feat means you'll have to combo kill a lot of foes, bypass upgrades, and not die.

The first place prize is $166.50 in cash as well as your likeness created in the game. What's cool here is that they're taking the top score on each of the four leaderboards to award the top prize. The leaderboards are split based on the number of players in the game, i.e., one vs two vs three vs four. So not only can you compete on your own, you can compete with friends! Full details about the contest can be found on the official announcement page.