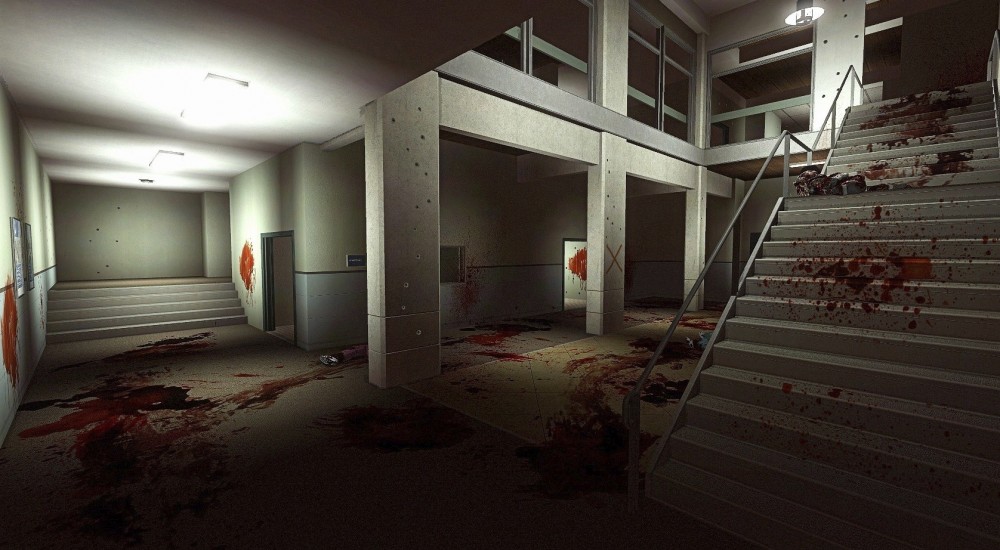 When we received some PR that F.E.A.R. was getting the online and free to play treatment, we were somewhat baffled. It didn't seem like a franchise that could fit that model of play, but sure enough, the game is coming from publisher Aeria Games. F.E.A.R. Online will feature a full co-op campaign as well as PvE and PvP modes of play. F.E.A.R. 3 was a damn fine co-op experience, so we're definitely excited.

So what's the hook with this free to play title? It appears that a crafting system will be how the game is monetized as players can create and customize weapons and character items. The game itself, which I checked out briefly last night, definitely has that creepy F.E.A.R. vibe to it - complete with Alma, demented illusions, and plenty of blood and gore. Goosebumps were had. Here's the back story and how the game fits into the F.E.A.R. universe.

In F.E.A.R. Online, tensions reach a boiling point as the F.E.A.R. task force investigates Armacham Technology Corporation's unsettling experiments.With several team combat modes spanning more than ten ominous maps, the game is packed with chilling details. The storyline continues in cooperative scenarios that detail the terrifying occurrences surrounding the F.E.A.R. team, in parallel to the events of F.E.A.R. 2: Project Origin. Up to four players can team up and fight for their lives against both hostile Armacham personnel and hideous monsters lurking around every corner.

We'll be streaming some of the game's co-op modes this weekend and bringing you further impressions next week. So be sure to tune into our Twitch channel. The full game will be available on Steam on October 17th, but you can gain access to it on October 8th via Aeria Game's website.