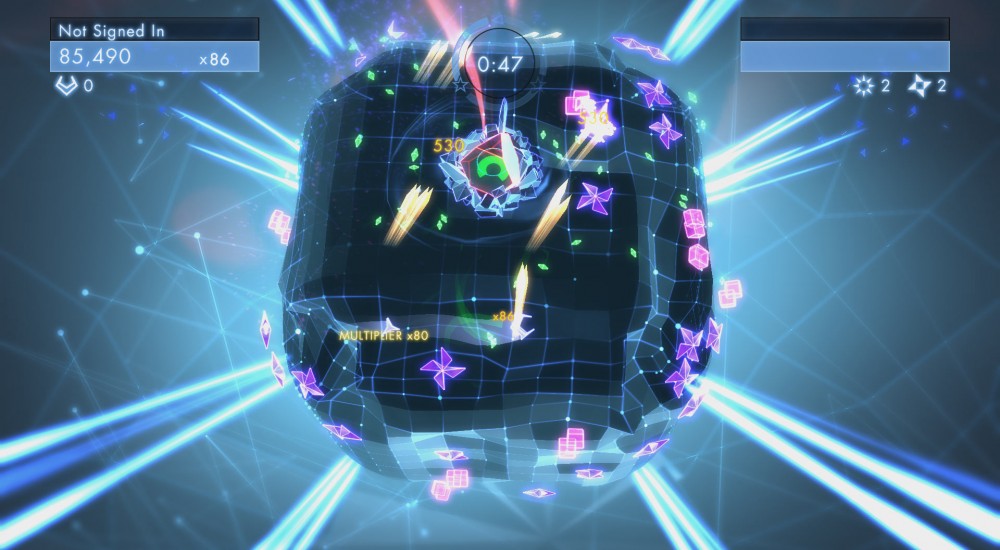 Activision has rebirthed the Sierra brand, a classic PC publisher name from the 1990 to 2000s. The goal is to push unique and smaller titles to the masses. The first game that will be published under that label is Geometry Wars 3: Dimensions, a sequel to the popular franchise that was birthed inside a racing game on the original Xbox.

Geometry Wars 3: Dimensions is being developed by a new studio named Lucid, many of the members of the team are former Bizarre Creations developers - responsible for the original Geometry Wars game. This is good news for fans of the series.

That said, Dimensions doesn't look like a simple rehash of the series, there's a lot of core changes happening here. For one there's an actual campaign with 50 levels to play through and various objectives. High scores will still be a big focus, but now you have 50 separate leaderboards. The levels themselves, while still 2D, have a 3D feel thanks to the playing fields themselves. You won't be on a flat grid, but rather various polygon based shapes. All that said, Geometry Wars 3 will still have fan favorite modes like pacifism and simple arenas for high scores. Best of all, the game will feature a four player couch co-op mode where players take on 10 unique levels and challenges with their friends.

Geometry Wars 3: Dimensions will be out later this year on a number of platforms, including 360, Xbox One, PS3, PS4, and PC.