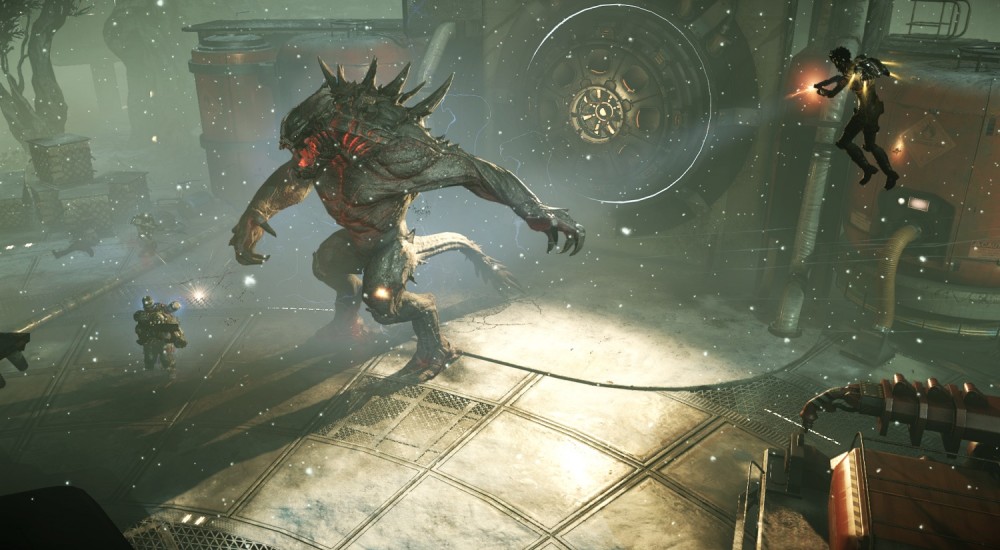 Excited for Evolve? We sure are! In a couple of weeks there will be a chance us to play the 4v1 co-op game on your platform of choice, via the "Big Alpha" test! Sign up now to obtain access to the alpha build on the game.

The first public test for the alpha build of Evolve will be happening at the end of this month, referred to as the "Big Alpha" test. This limited alpha will first occur from October 30th through November 2nd on Xbox One, while a smaller, more limited alpha for the PS4 and PC versions will begin a day later on October 31st through November 2nd. Those that register on their official site will receive a code to obtain access. Chris Ashton, co-founder and design director of Turtle Rock Studios had this to say regarding the alpha:

"The incredible reactions from early Evolve players have exceeded our highest expectations, but we still have a lot of hard work ahead of us in the coming months. We need to stress test the servers and the matchmaking system, look at balance, unlock rates, etc. The alpha test is not fully representative of the final product, but it’s our chance to see what the game looks like in the real world, and we will test again in the open beta for Evolve exclusively for Xbox One in January 2015. The data gathered in the tests will help make Evolve the best that it can possibly be when it launches on February 10, 2015.”

To register for the Evolve alpha, go to their registration page and include the following codes: Turtle Rock Studios also wanted to remind everyone that the Big Alpha test will be available to those who preorder the game at select retailers, including: Amazon, Best Buy, Target, and Walmart. Look out for an email with the code included. Regardless of where you preorder the game, all players will receive the Monster Expansion Pack, including the fourth playable monster for free, along with the alternate Savage Goliath skin.