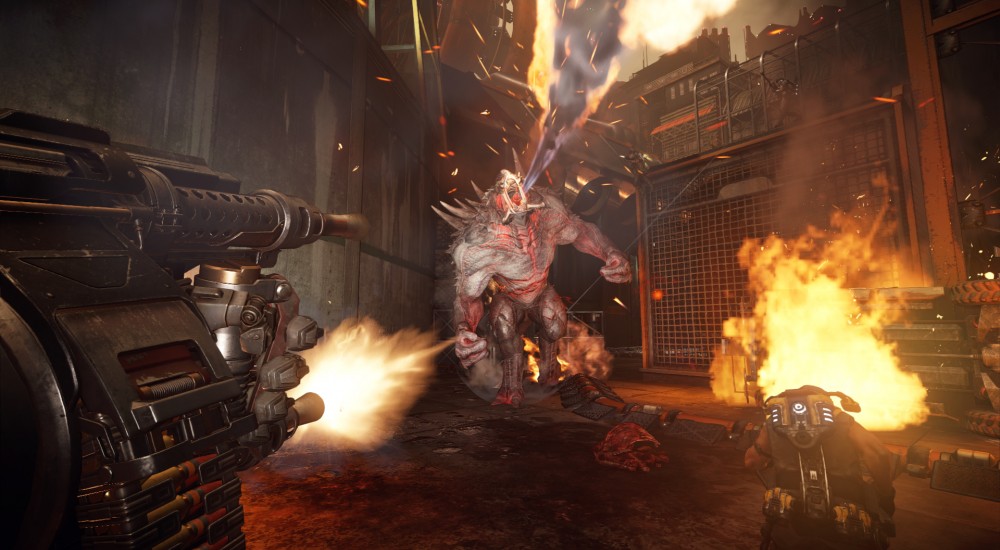 Evolve's Hunter and Monster character roster continues to evolve far into the future! 2K and Turtle Rock Studios announced their upcoming new playable characters, as well as some info on their soon to be released character, Lennox.

Whether you purchase these characters individually or as a bundle through the future Hunter Season 2 pack, each one is said to bring all new elements into the game never seen before. Five new playable characters, one Monster and four Hunters, will be arriving sometime next year (at least before March 31, 2016). A first teased look at the group can be seen in the image below. Could the new Monster silhouette look any more demonic (very insect-like too)? The Hunters also look pretty gothic as well. While waiting for these characters to arrive, we've also learned that the  a new Assault class Hunter, Lennox will be here before we know it! She's a baddass character that resides in a mech suit filled with tons of high-powered weaponry that will put the Monsters in their places. Lennox will be available for download next week on June 23rd, so prepare yourselves for her arrival with some gameplay footage on her arsenal: Plasma Lance, Auto Cannon, and Thunder Strike:

Evolve is a 4v1 co-op shooter and is currently available on PS4, Xbox One, and PC.