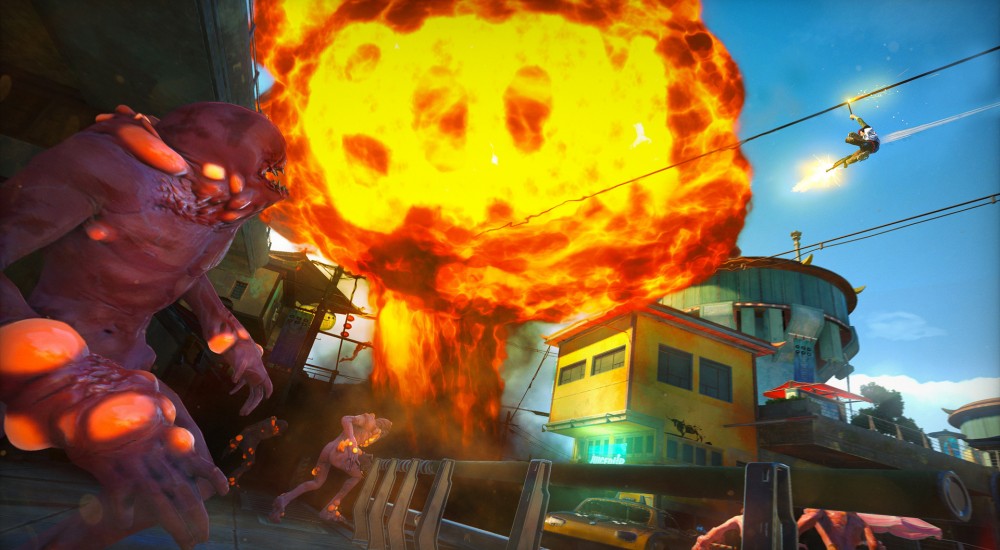 Sunset Overdrive was one of the more standout titles to be featuring this year during E3, showcasing some zany and colorful gameplay that many are eager to see in action (if not for solely the online co-op modes). Thankfully, we found some epic gameplay footage from Insomniac Games featuring some of these modes that we'd love to share with everyone.

The first video (courtesy of AGB) showcases a tiny amount of free-roaming around (looks like one giant playground of sorts), followed by a short cut-scene and challenge. The second video is where the co-op multiplayer action is really being shown off, with a handful of players unleashing chaos on the streets and including one intense mission to stop a convoy.

Without further adieu, here's the roughly 15 minutes of gamplay footage from both the single player campaign and co-op multiplayer modes found within Sunset Overdrive:

Sunset Overdrive will be arriving in stores very soon, coming this October 28th, exclusively on Xbox One.