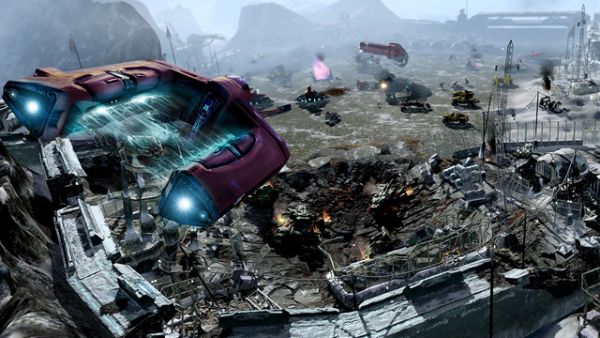 The time has come...the Halo Wars demo has finally hit Xbox Live for Gold Members.  Could this finally be a console RTS that gets the control scheme right?  The demo weighs in at 1.4GB and sports two tutorial missions and two campaign missions for the USNC.  Also available is one skirmish map to play against the AI or online.

While there's no co-op in the demo, you can find numerous mentions of the co-op campaign through the menus and interface...which looks eerily similar to Halo 3.

So for those of you that have tried it - thoughts?