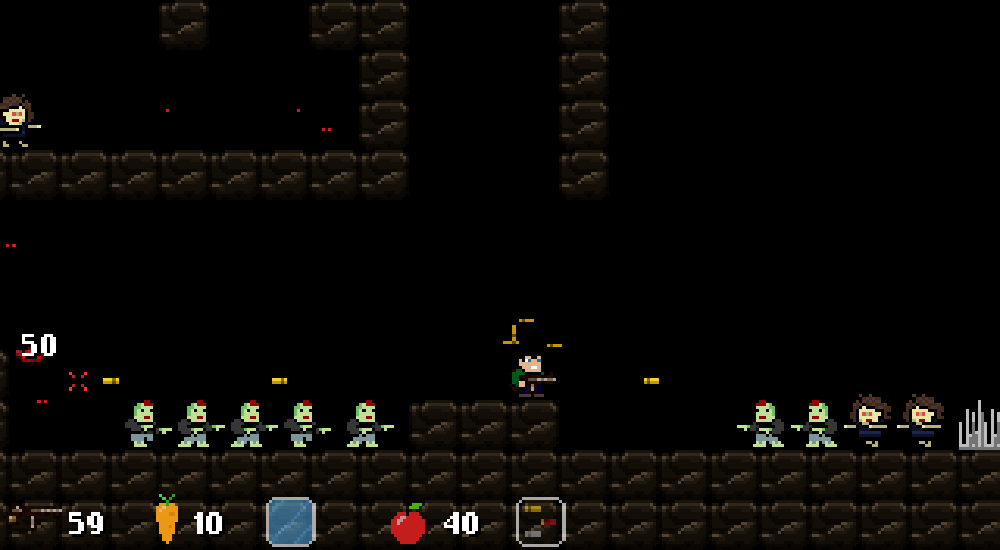 The best time of year to shoot zombies is, well, whenever they're there to shoot. In the video game world, that's all the time. Zombierun from indie developer Indrek Vändrik is very much rooted in retro Contra-style gaming. It's one part platformer, one part shooter, and one part reminder to eat your carrots and apples because they're sooooo good for you.

An apocalyptic thunderstorm left you stranded in the middle of a graveyard with hungry zombies on all sides. Looks like something more complex than an electrostatic discharge came down from the sky, right? Now your only option is to, you know, leave. Guns are scattered around the 2D sidescrolling world, as are plenty of pits, platforms and zombies. Carefully navigate each area as you hunt down carrots and apples that grant you temporary defensive and offensive powers when activated. Just like in real life, don't ya know.

Co-op in Zombierun is pretty basic. There are several multiplayer modes to choose from, most of which are competitive but still entertaining. The one focused on cooperation drops you and as many as three local friends together in the main campaign. You've got zombies to shoot and bosses to beat, just like before, only now there are more of you. Power in numbers and all that, which is especially important since we all know zombies love to merge into hordes.