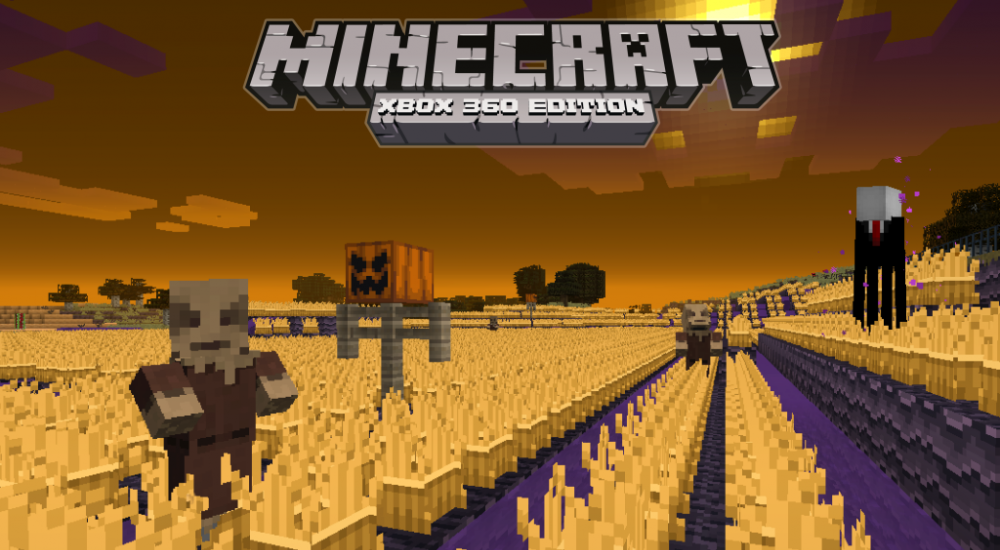 Got a fancy Xbox-type console in your house? You probably own Minecraft: Xbox One Edition or Minecraft: Xbox 360 Edition. Since you do, and since it's Halloween, there's a nice treat waiting for you in the form of two new texture packs, one of which is actually related to the holiday!

The Halloween texture pack swaps Minecraft's visuals and interface around to give it a spooky, autumney setting. It happens to be free, so why not, right? The Steampunk pack doesn't have anything to do with the time of year, but it still looks great. Airships, skeletons with brass monocles, zombies in bell diving suits, and plenty of Victorian-inspired block patterns. This pack will set you back the equivalent of 1 USD, depending on region. Both packs can be applied to new or existing worlds in single player as well as co-op, so you don't have to tear down your tree fort just to give it a little Halloween cheer.

The retail version of Minecraft: Xbox One Edition is ready for a worldwide release in late November. The digital version is already available, just in case you don't want to wait. Owners of the 360 edition can even upgrade for a fraction of the full price.

Just like last year, the Halloween texture pack will probably disappear in a few days, so start grabbing while you can.