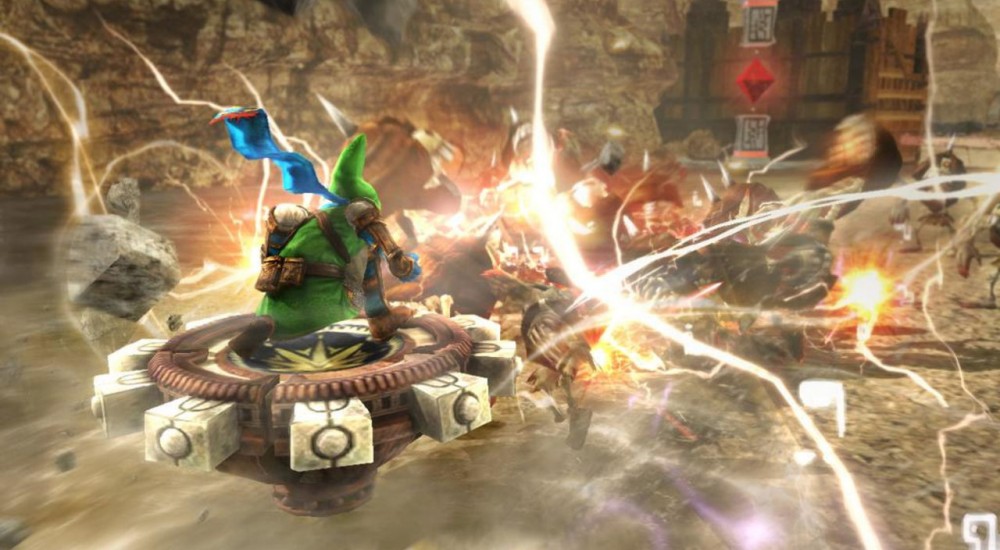 Soon Hyrule Warriors will be one of the first Nintendo titles that will be supporting Amiibo figures other than Super Smash Bros. for Wii U. Players will be able to unlock a special weapon in-game using the Link Amiibo this November.

As many of us already know, the first group of Nintendo Amiibo figures will be releasing this November 21st to coincide with the release of Super Smash Bros. for Wii U. These little figurines not only sport an iconic character, but also can hold a ton of information that can be used between different consoles and game titles. This week, we got word through the latest that the Link figure will be supported in Hyrule Warriors, unlocking the "Spinner" weapon. The "Spinner" first appeared in Twilight Princess, allowing Link to ride on top and "Beyblade" his way through enemies. Additionally, it could grant him the ability to connect to tracks along walls for added mobility. Once players scan their Link Amiibo on their Wii U Gamepad, the Spinner will be unlocked and ready for use on the battlefield. The weapon can be used in similar fashion to the Twilight Princess version, mowing down tons enemies and increasing your movement across the levels. Check out the trailer below to see it in action!

Not only will Link be used in this game, but all other Amiibo's will generate other random items in game, such as bonus rupees, weapons, and/or materials. While not revealed at this time, other Legend of Zelda characters will be made into Amiibos due to their inclusion in SSB Wii U, such as Zelda, Sheik, and Ganondorf (I don't think Toon Link will apply here). Is it possible that these will one day also unlock potential weapons? We'll just have to sit tight and be patient! In the meantime, don't forget that more content is on its way for Hyrule Warriors, so be sure to look into grabbing all the DLC packs now on the Nintendo eShop.