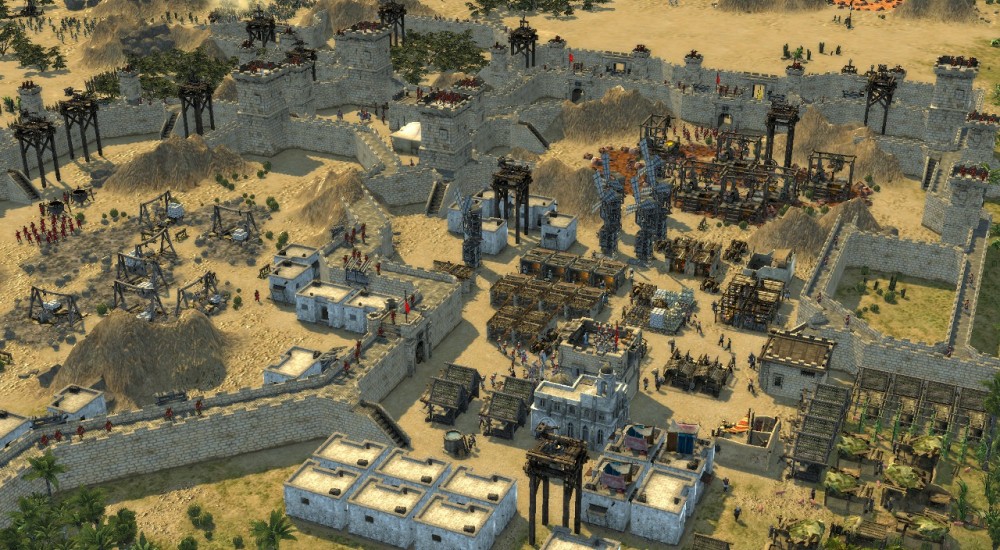 Stronghold Crusader 2 doesn't need your approval.  You think you can just walk on in here and act like you don't care that it's the sequel to its beloved 2002 ancestor, or that it includes an ingenious 2 player co-op mode?  No way.  You better get out of here before Stronghold Crusader 2 loses its patience.  You're staying?  Well, alright then.  Maybe you'd like to hear about the patch it just released. Firefly Studios has been hard at work updating its castle siege simulator, with the new patch adding a good deal of fixes to both balance and technical issues.  Most importantly, it's also throwing in a new skirmish map, "The Breath of Life".  This means that you and a buddy have a bit more variety in your quest to crush the AI.  Among the list of patch notes, you'll find that this fourth major update includes cheat-protection, the re-balancing of three pre-existing maps, and...a bug fix that now prevents iron mine workers from dying when the mine is deleted or destroyed.  That last one is probably a relief to castle rulers who merely wanted to suggest a career change to their miners, not send them to the Great Ore Deposit in the sky.

We quite enjoyed our time with Stronghold Crusader 2, even though it felt a little lacking in the co-op department given the $49.99 price tag.  With the game including a 2 player co-op mode that allows both players to control the same castle, there are plenty of ways for you to split up the tasks necessary to keep a castle running!  For example, one of you could maneuver the military while the other takes care of domestic issues.  Or maybe one of you could exist on a diet made up exclusively of dates and haunches of meat while the other enacts a zealous, doomed crusade into a mysterious land.  Or you could both die of syphilis!  Anything's possible if you put your mind to it.