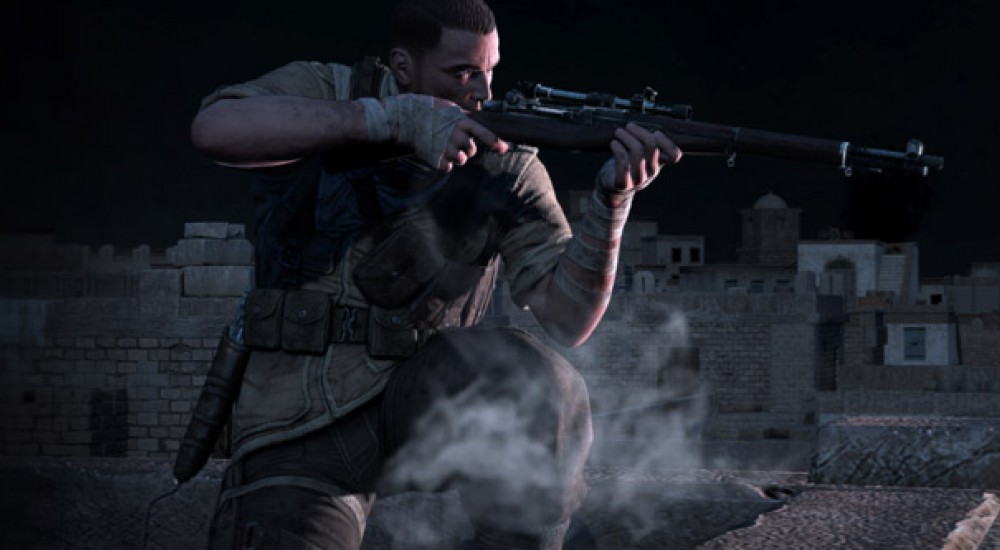 Rebellion has recently released a bunch of new DLC for Sniper Elite 3. While some of it is purchasable DLC, the meat of it is free, content-adding DLC. Best yet, one of the new free additions is a co-op Overwatch mission called Twilight Strike.

In Twilight Strike, two players are tasked with drawing the Germans out of Tobruk so they can retake it. Twilight Strike is said to have a more open level design, more choices, as well as optional hidden objectives and new achievements. The Operative in Twilight Strike will have full run of the map and the Sniper will also be able to fully explore the map when he's able to relocate. In the mission, there will be hidden weapons and some unique features, such as an MG42 that the players can set up in their choice of two locations and safes that the Operative can crack.

Twilight Strike and the other listed DLC is out now on PC, PS4, and Xbox One. It should be coming to Xbox 360 and PS3 sometime this month.