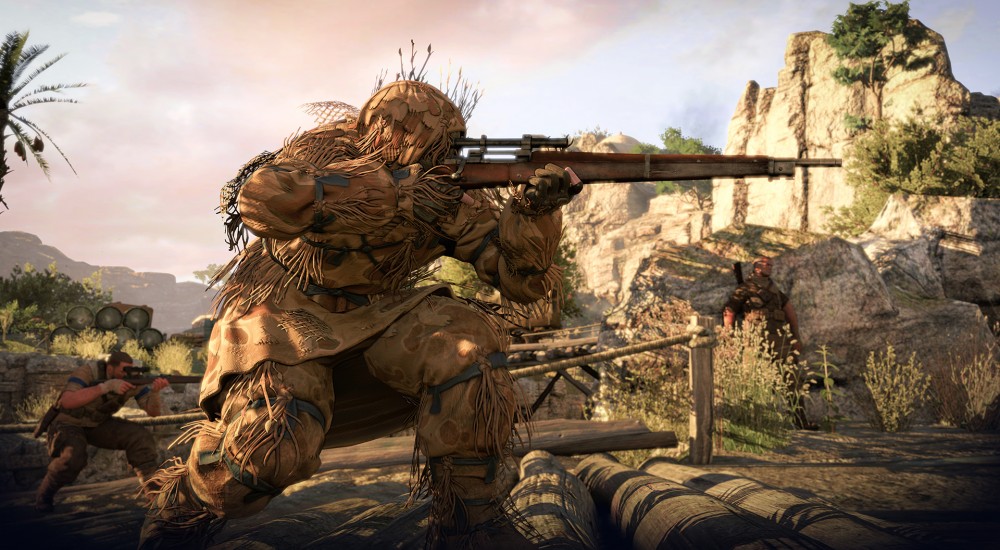 While Sniper Elite 3 will see day one patches on other platforms, none will be larger than the massive 16GB download for Xbox One. What's the deal here? Well Rebellion continued to improve the game after completing a finished version of the game. VideoGamer.com snapped a screenshot of the install.

A huge chunk of the update is to better sync data between the Xbox Live versions and the physical disc versions of the game. That, coupled with a DLC compatibility pack assures that all online players have the same experience during multiplayer and co-op sessions. Other optimizations for the game will allow it to perform better at 1080p on Xbox One (and PS4), which may be welcome as we've seen many current gen titles launching well below the 1080p expectation.

Still, 16GB is a colossal size for a patch. Rebellion told Eurogamer, "While we understand gamers will be frustrated at the wait, the good news is that the update will actually reduce the size of the game's total install footprint on their hard drive, and reduce the size of future patches significantly."

Rebellion also stated that the day one patch will only apply to the first round of retail discs, so if you get a second wave disc, you won't have to download that update. Sniper Elite 3 launches June 27 on PC, Xbox 360, Xbox One, PS3, and PS4.