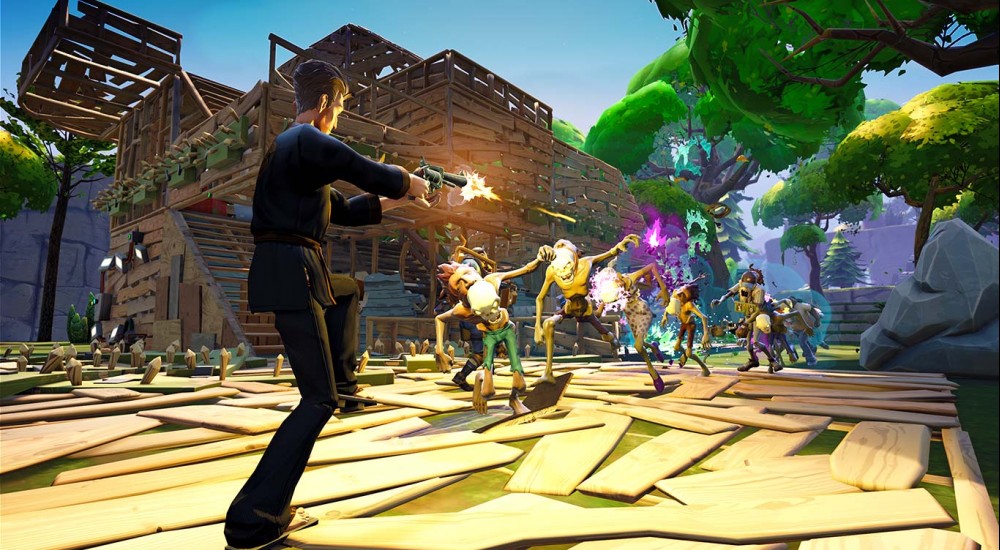 Epic Games' long awaiting game, Fortnite, will be holding its first online testing beginning tomorrow. For those of you who received invitations to be testing the current version of the game, this is your opportunity to help make it better for us all! Players will be able to play the Alpha version of Fortnite from December 2nd to December 19th, experience the game, and give Epic as much feedback as possible. During the Alpha, most of the basic stuff will be tested first, such as how the game launches to the functionality of all other systems within the game. Epic admits that the game is still rough around the edges, but hopes that we can help to weed out all the bugs before launch in the unforeseen future. More information about the Alpha can be found here.

Fornite is a co-operative survival game that follows a day/night cycle. Players are required to build various fortifications and defenses in preparation for nightly assaults from enemy monsters. Think of it like a Minecraft Horde Mode, if you will. Working together to hold off the ranks of baddies is the only way to get far into the game.

If you'd be interested in participating the Alpha, then please head over to their sign-up page here for future chances to test Fornite, possibly even for the Beta! Epic states that they'll be adding more players to test as development goes on, so don't be discouraged if you don't receive an invite now.