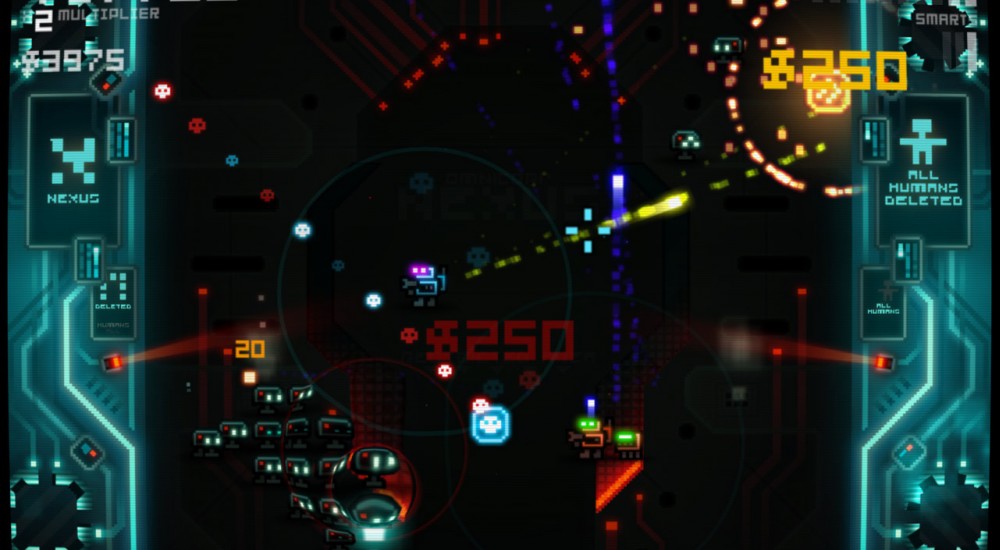 Ultratron is coming to Sony's PlayStation 4, PlayStation 3 and Vita. The game is a slick little twin stick shooter that's been out on Steam for quite some time. It's a visually explosive game with neon colors, little robots, and a faux CRT television overlay that gives the game some great style.

Now the game is coming to Sony's various platforms for console gamers to enjoy. Time for some good ol' fashioned couch co-op ON THE COUCH. The PC version features two player co-op which will be present on the new console version of the game when it's released in 2015. You'll also be treated to an addictive beat driven soundtrack which will give your home theater a proper workout.

During the game, you’ll attempt to avenge the human race as you blast your way through over 40 glowing neon levels, avoiding Chasers, Turrets, Minelayers, Spawners, bombs, and bullets before taking on the four evil ‘bot bosses of the Apocalypse.

Coincidentally Ultratron is 50% off right now on Steam's holiday sale.