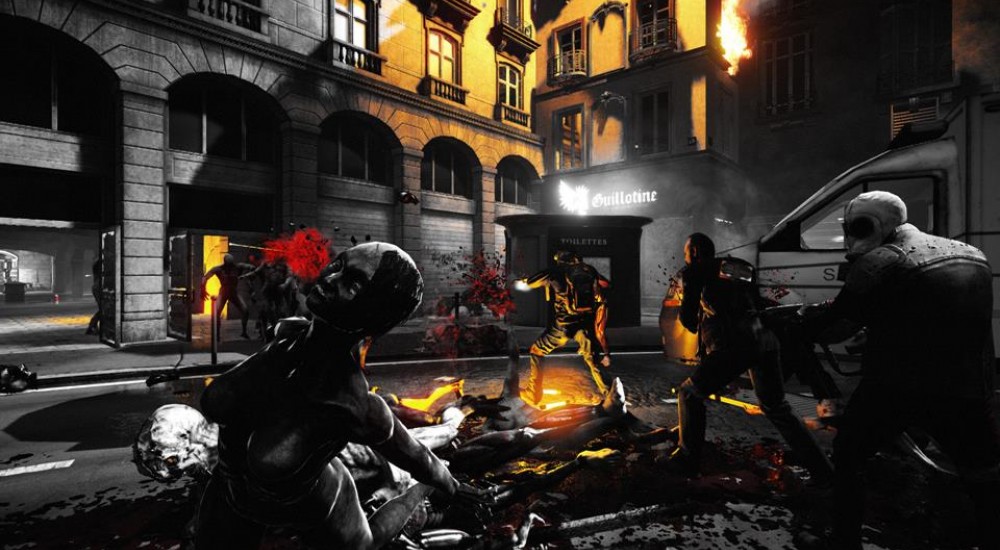 Tripwire Studios wants to prove they've been hard at work on Killing Floor 2 with some fresh screens for zombie haters. Given the amount of gore, however, I can't tell if they've been slaving away over a hot CPU or a still steaming meat grinder.

Here we get a look at some of the weapons for the upcoming ZED Dismemberment Fest. Since a bunch of the guns just look like guns in still screenshots, let's observe the melee weapons. There's your usual fire axe, spiked club, and sledgehammer, then something resembling the offspring between electric garden sheers and a table saw. Bet that'll make some interesting use of the M.E.A.T. system.

Several screens also show the new ZED time display, where the visuals melt into a stylized black, white, and red murder fest in glorious slow-motion. You can finally be the Jackson Pollock of zombie evisceration.