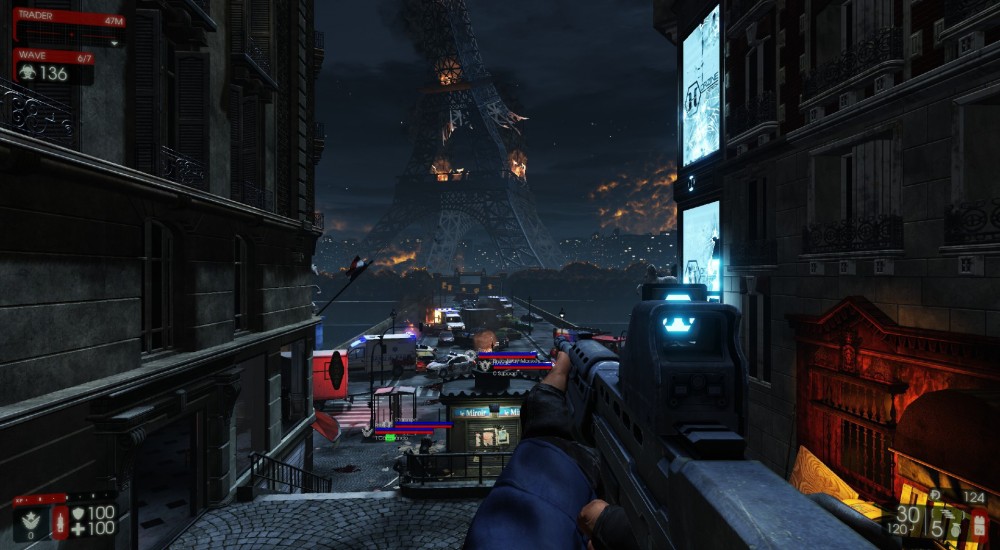 We recently dug in with the beta version of Killing Floor 2 on Steam immersing ourselves in the six player co-op shooter and all it has to offer. We streamed our exploits with relatively newbie Nick (sorry for the damn keyboard clicking) and veteran Taylor (sorry you can barely hear him).

During our 90 minute stream we got to see a three of the game's maps, all visually impressive - the standout being a burning Paris. That said there's a great variety to the level design giving each level a distinct feel. Each class has its own weapons to pack a punch with more available to purchase. There's a leveling system that works from game to game, with every kill counting towards your XP pool.

Speaking of pools. Lets just say the maps get pretty bloody thanks to the game's "MEAT" system. This was once filled with all white snow. Now it looks like the set of Spartacus. The Killing Floor 2  beta is running from now until April 21st, upon which it'll be available for everyone - though still under the early access moniker. Even in this beta form the game feels surprisingly clean, it's almost surprising to see it launch in "Early Access" compared to the quality of some of the other products we've seen there. Watch for yourself below and let us know what you think.