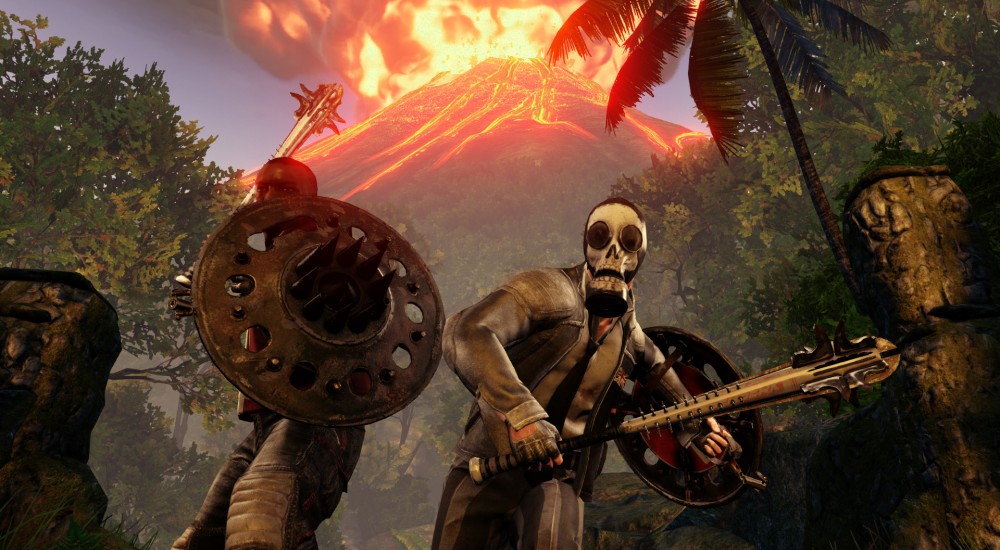 Tripwire Interactive has begun to push out free content to owners of Killing Floor 2 on the PC and PlayStation 4, with the first of these hitting the game now. The content includes a new map set on a tropical island, new enemies, new weapons, and new emotes for your characters.

The Tropical Bash Content Pack introduces an all-new island getaway where players will encounter a brand-new type of monstrous Zed, while avoiding the perils of the deadly jungle. The brand-new Gorefiend Zed, an even more dangerous brother to the Gorefast Zed, brings additional challenges for new and veteran players with its dual blades and powerful attacks. Players will have to dodge and weave the Gorefiend’s attacks through a brand-new map, Zed Landing, which will take them to a tropical lush island.  This island is also home to an active volcano, which may pose a greater danger than the Zeds that lurks in its dark jungles.  The last major addition comes in the form of the Bone Crusher, a devastating makeshift mace and shield for the Berserker perk. The emotes are an interesting addition, as they are unlocked by collecting "Emote Crates" within the game itself. Of course these may also be purchased alongside new weapon skins and other items that make its way to the Steam community marketplace. Speaking of weapons the new weapon added with this pack is called "The Bone Crusher" and it's a spiked mace and shield to smash Zeds with.

I checked out the map and content myself, and though I'm not a regular Killing Floor 2 player, I found it challenging and well designed. Players will start on a beach in front of a crashed "Zed Ex" plane and work there way up a mountain side through winding paths, through caves, and to the base of a volcano...which just show happens to explode in later waves creating fields of lava to avoid...or lure Zeds into.