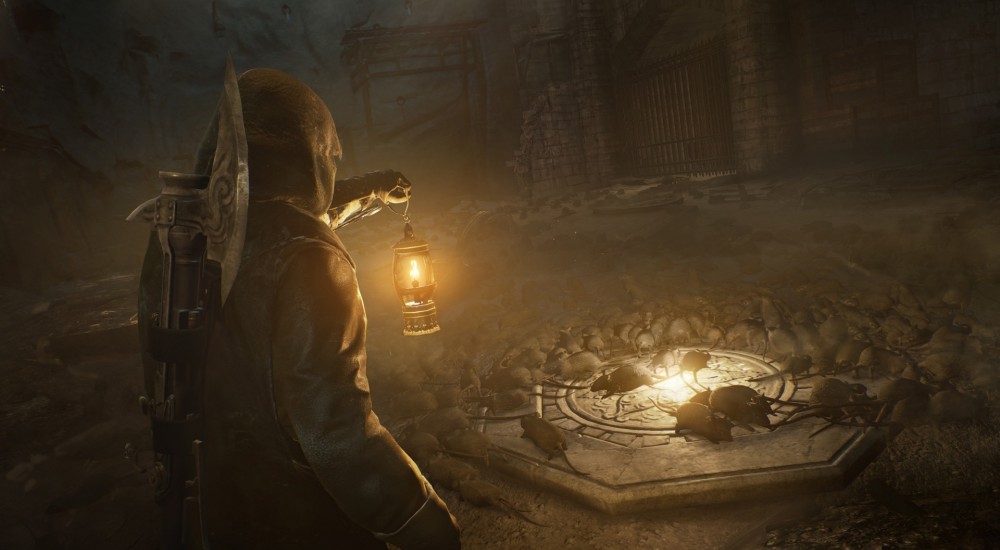 We're all acutely aware of Assassin's Creed Unity's abysmal launch. Which was your favorite bug? The framerate plummeting to single digits? NPCs falling through the planet? Aw, who am I kidding. It's clearly people's faces melting off, fueling our nightmares for years to come. We knew the French Revolution was rough, but I don't ever recall it being referred to as "a cauldron of supernatural horror." With that said, it is finally time for Ubisoft to make due.

If you purchased Unity, you were entitled to a few concessions, including the free "Dead Kings" DLC, out now. The Xbox One received their freebie yesterday, while PS4 and PC Assassins needed to wait until today to claim their prize.

Check out the trailer for the grim new story beat.

Delve into the ancient catacombs of France to uncover the mysteries inside. Maybe you'll discover some sort of ancient evil that makes everybody's face melt off.

Go and pick up your free DLC at your leisure. In case you preemptively bought the game's Season Pass before the game's release, don't forget to go pick up your free Ubisoft title as well. It might not restore your missing sanity at witnessing a city full of floating eyeballs couched in semi-fabulous hair, but it might at least dull the pain.